On November 15, Kristi Finney-Dunn will post a nearly life-size silhouette of her son, Dustin (pictured right), at the spot where he was hit and killed by a drunk driver.

Four years ago, Dustin was simply bicycling home in Portland, Ore. when his life was tragically cut short at the young age of 28. Next Sunday, Finney-Dunn will not only commemorate her son’s life by posting the silhouette publicly to remind people of her loss. She’ll also send a message: “I want people to understand that simple changes in habit and properly prioritizing activities can save lives — possibly their own or their loved ones,” she says.

Every year, across the globe, we lose 1.2 million loved ones in traffic incidents that can be prevented. On November 15, individuals and groups in cities across America — from Portland to Boston — will participate in the 20th anniversary of International World Day of Remembrance for Road Traffic Victims (WDR) to shine a light on this crisis and to call for real commitment to Vision Zero – zero traffic fatalities and severe injuries.

We invite you to stand with us on November 15th for the World Day of Remembrance. Whether your community has officially committed to Vision Zero or not, this is a chance to raise awareness of the heavy burden of these preventable tragedies. Communities can prioritize safe mobility over speed. On November 15, we’ll stand together to remember those lost and to say, “Enough is enough.”

Finney-Dunn and others who have lost loved ones have recently formed a new chapter of Families for Safe Streets in Oregon, and they will be turning their grief into action on November 15. Dustin’s portrait will be one of more than 100 silhouettes placed on the most dangerous high-crash corridors throughout Portland in an effort to bring greater awareness – and action — to the crisis of traffic violence.

That same day, Walk San Francisco will host a walk and a vigil honoring the memories of those killed on its city streets, including 21-year-old Arman Lester (pictured below), who was hit by a car a year ago. Alvin Lester, Arman’s father, hopes that channeling his grief into advocacy will “get people to wake up.” 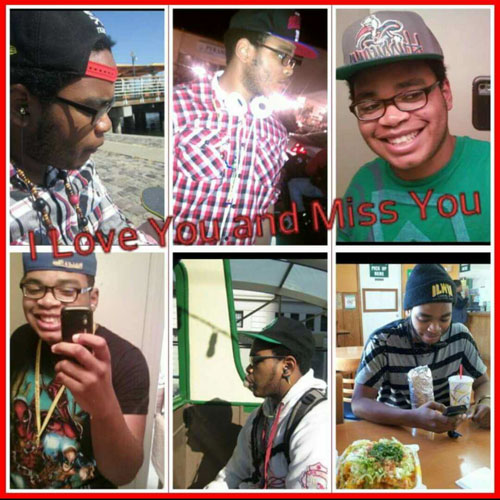 To address this epidemic, the San Francisco Vision Zero Coalition will use the World Day of Remembrance to bolster support to manage speed on its streets to ensure safety.

“Traffic deaths are predictable and preventable, and the largest killer is speed,” says Nicole Ferrara, Executive Director of Walk San Francisco. “We need our state lawmakers to support one of the most effective tools that can prevent future families from suffering the pain of a lost loved one — automated speed enforcement [safety cameras] — which operate successfully in over 130 communities across the U.S., but is currently prohibited in the State of California.” (Find out more about SF’s activities here.)

In New York City, concerned community members — led by Families for Safe Streets and Transportation Alternatives — will walk together from City Hall to the United Nations to remember the victims of traffic violence and to urge city and state leaders to step up their urgency toward addressing the crisis. (Details here.) Participants will  wear yellow to share their hope  for Vision Zero, which represents a paradigm shift in the city’s approach to safe mobility.

The Vision Zero Coalition in Boston is planning a range of World Day of Remembrance activities, including a memorial bike ride and public commemoration of those killed on the streets. (Sign up for the local Vision Zero listserv here.)

New York City, Boston, and other cities across the country are also leading social media campaigns to urge people to take the pledge to use crash not accident, acknowledging that we do have the power to prevent these tragedies. (#CrashNotAccident) 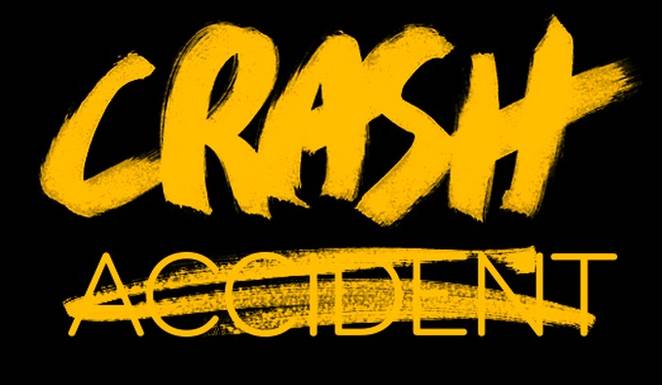 It’s not too late to organize for the World Day of Remembrance. Ideas for participation include:

– Organizing a community rally or march

– Holding a public memorial in honor of those lost

– Gathering privately together with victims or families of victims

Sign up here to stay informed about World Day of Remembrance — and to share your plans. Need ideas or support in your engagement in WDR or how to get Vision Zero on the radar in your community? Contact leah@visionzeronetwork.org.

Kristi Finney-Dunn hopes that Sunday, November 15 will be a call to action for many. “What’s most important to me and what frustrates me more than anything else is the indifference people have to what’s happening,” she says. “I want to be helpful in them ‘getting it’ before they have to learn the hard way, like me.”