Vision Zero Network is the nation’s leading voice and advocate for Vision Zero: the goal of zero traffic deaths and severe injuries among all road users.

The Challenge We Face

Roadway crashes disproportionately harm some groups. Crashes are a leading cause of death for young people ages 1-25. People in low-income areas are almost 3x as likely to be killed while walking than people in high-income areas. From 2010-2019, Black people were struck and killed by drivers at an 82% higher rate than White, non-Hispanic Americans. For American Indian and Alaska Native people, that disparity climbs to 221%. Further data is available in the U.S. Department of Transportation’s National Roadway Safety Strategy and Smart Growth America’s Dangerous by Design report. 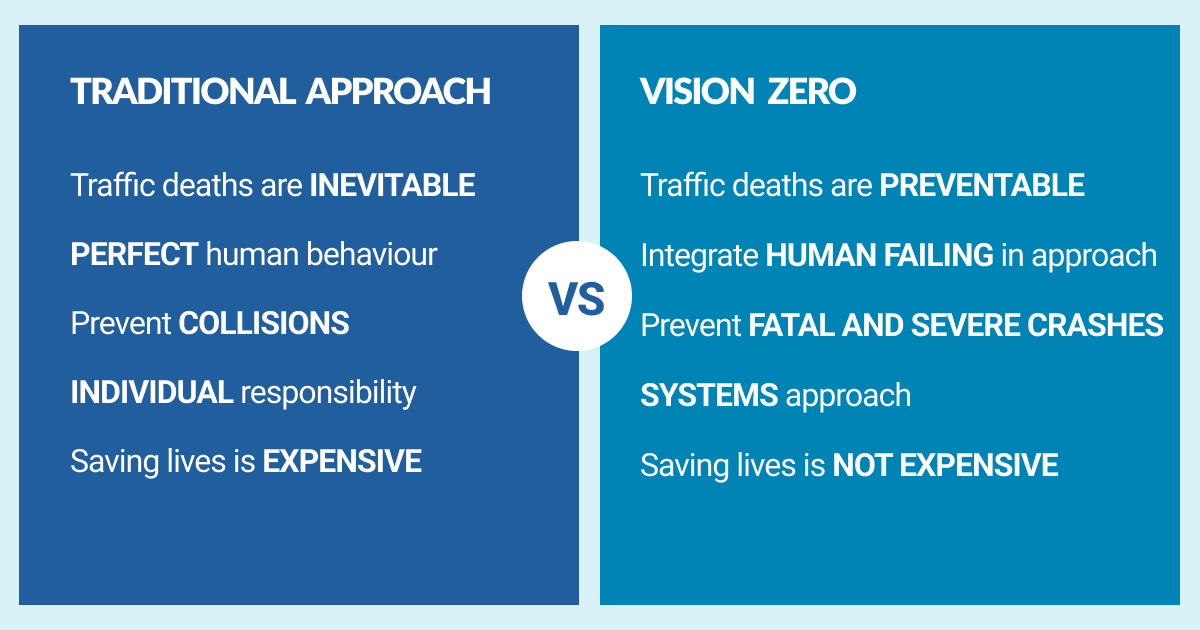 Vision Zero is a strategy to prevent traffic deaths and severe injuries among all road users. The goal is to ensure safe, healthy, equitable mobility for all people.

Note that this includes all people, whether walking, biking, riding scooters, driving, or riding transit, etc. Vision Zero is sometimes misunderstood to include only pedestrians but actually includes everyone using the everyday transportation system.

Vision Zero is not just a slogan or a tagline or, even, a program. It is a fundamentally different way to approach traffic safety. It is a paradigm shift. Read more about Vision Zero.

→How does Vision Zero differ from the traditional approach to roadway safety?

Vision Zero starts with the ethical belief that everyone has the right to move safely in their communities.

Vision Zero recognizes that people will sometimes make mistakes, so the road system and related policies and systems should be designed to ensure that those inevitable mistakes do not result in severe injuries or fatalities. This does not mean that crashes will be eliminated completely, but rather that systems can be designed to deter more crashes and to make sure that crashes are less severe.

Of course, people will make mistakes, and crashes will occur. In these cases, a Safe System is designed to be forgiving. Examples include the following:

With these and other kinds of systems-level changes, the inevitable mistakes we make on the roads are likely to result in fender-benders and broken ankles – not life-altering tragedies.

Yes. As with any public health crisis causing avoidable pain, suffering and loss, the ethical goal is safety for all people.  And when we set the ambitious goal of zero traffic deaths, people not only think differently, they also act differently. Read more from the Vision Zero Network on the power of Zero here.

In January 2022, U.S. Transportation Secretary Pete Buttigieg made the following comments in announcing the goal of Vision Zero for the nation and releasing the first National Roadway Safety Strategy (full transcript here):

We cannot and must not accept that these fatalities are somehow an inevitable part of life in America.”

“When it comes to roadway deaths, we have a crisis that’s urgent, unacceptable - and preventable.”

“Today we commit that our goal is this: zero. Our goal is zero deaths; a country where, one day, nobody has to say goodbye to a loved one because of a traffic crash.”

In the U.S.,  the 2018 Road to Zero report, developed by the Rand Corporation in partnership with the National Safety Council and other traffic safety organizations, lays out the path to safety for all on our streets — people walking, biking, driving, riding transit — everyone. From the report:

“While it will take a generation, the success of other countries and some U.S. cities demonstrates that a combination of approaches makes this an achievable goal.”

Following are recommendations to more accurately and fairly report on roadway safety issues:

Note that we are a small team and will do our best to respond to requests for information. Much information can be found on our website. 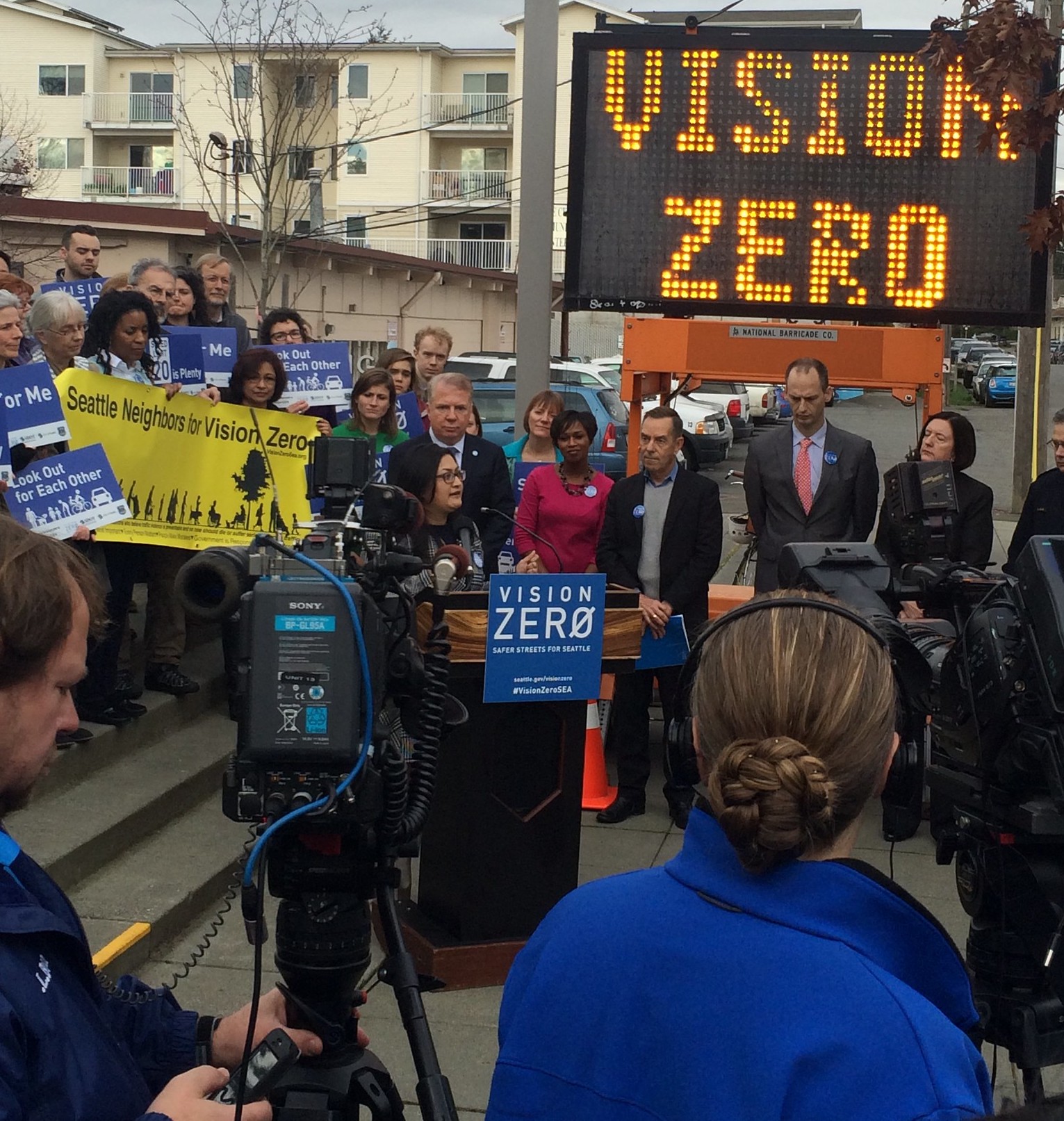