New promises for stepped-up commitment to roadway safety solutions made by the Administration, as part of its National Roadway Safety Strategy released at the start of the year, are now being put to the test. Yesterday (June 8, 2022) marked the last day of the public comment period for the much-anticipated update of the federal New Car Assessment Program (NCAP), which drew significant scrutiny from people across the nation. 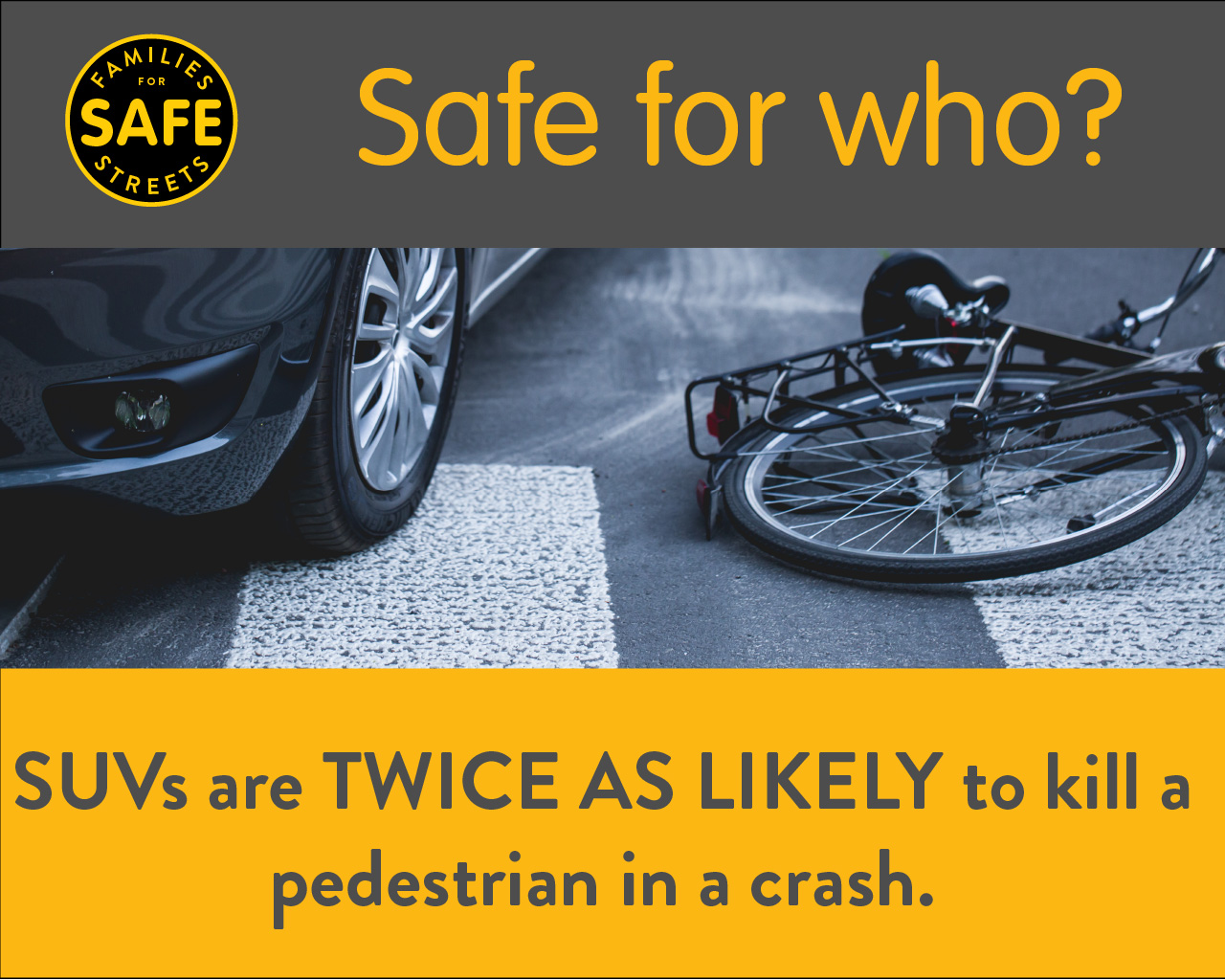 Safety advocates point to the urgency of this update to NCAP safety ratings, which educate consumers and encourage vehicle manufacturers to adopt safety innovations. According to National Highway Traffic Safety Administration (NHTSA) estimates, 43,000 people were killed in crashes in 2021, an 11% increase from 2020. In particular, deaths and serious injuries of people walking and bicycling have skyrocketed by more than 50% in the past decade, significantly outpacing overall roadway deaths.

“This is a major test of the nation’s newly set goal of Zero Roadway Deaths, and it is essential to get this right,” said Leah Shahum, director of the nonprofit Vision Zero Network, which advances the goal of Vision Zero, eliminating roadway deaths and severe injuries for all road users. “More people are needlessly killed and severely injured in crashes in the U.S. than most other developed nations, in part, because our vehicle safety expectations have fallen woefully short of other nations. Now is the time for the U.S. to catch up by encouraging the most modern, effective safety technologies in vehicles. This can save tens of thousands of lives each year.”

Recommendations shared by Vision Zero Network in their letter to USDOT on modernizing the NCAP include the following:

These – and other recommended changes to the NCAP rating system – are directly in line with the USDOT’s newly adopted Safe System approach, which recognizes that people make mistakes; therefore, our systems, including vehicles, should be designed to minimize the chance of these inevitable mistakes resulting in severe injuries or deaths.

One of thousands comments submitted by groups and individuals urging changes to the NCAP rating system is from Families for Safe Streets, a group of people who have lost loved ones in crashes or been injured themselves, and who have formed chapters across the nation to advocate to end the epidemic of traffic violence that has altered their lives.

“I lost my son, Henry, after the driver of an overloaded Dodge Ram Truck, going too fast for the conditions, crossed the center line and hit our vehicle head on. Our crash – like nearly all vehicular crashes – was preventable,” said Sarah Risser, a member of Families for Safe Streets in Minnesota. “There are proven safety technologies available right now, such as lane-keeping assist and intelligent speed assistance that almost certainly would have protected Henry. It’s imperative that NHTSA leaders use their authority to protect human lives by doing everything they can to ensure in-vehicle safety technologies are standard on all new cars.”

Other roadway safety advocates’ comments can be viewed here:

It should be noted that while this upgrade to NCAP ratings is important, it is no substitute for effective Federal Motor Vehicle Safety Standards, which urgently deserve NHTSA’s attention and updates.