Here at the Vision Zero Network, we have been thinking a lot about transformative change in America’s approach toward safe mobility. Given the nation’s history of racial injustices and ongoing systemic racism, transportation safety work must confront and correct over-emphasis on police enforcement.

We need a paradigm shift that starts with acknowledging past wrongs and those that continue today. As we wrote in June, this will take conscious listening and learning, then truly leaning into transformative change. We recognize that those of us working on transportation, safety policies, public health, and other intertwined areas also have responsibility to change our strategies — especially related to law enforcement and criminal justice.

The Vision Zero Network is working to be part of the change needed, by listening to and learning from those outside our usual circles, and by helping others working on Vision Zero to do the same. We will be facilitating peer-exchange conversations and problem-solving efforts – both in the public sector and with community-based groups — aimed at improving our work to be more equitable. In 2020, we highlighted Vision Zero People Behind the Progress who are challenging the status quo to advance the goal of safe and equitable mobility. Today we feature some of the lessons learned. 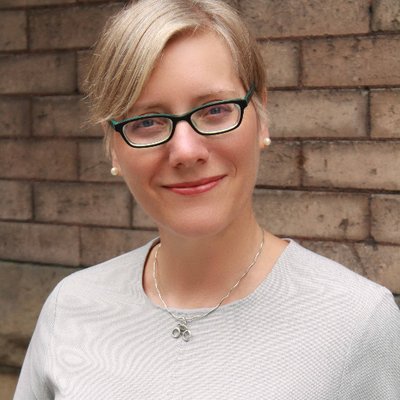 In April, Barb Chamberlain, the Director of the Active Transportation Division of the Washington State Department of Transportation, described her efforts to elevate equity in the state’s transportation work.

“Equity is raised in every transportation conversation I’m part of. I’m lucky to be in an agency and in a state where that’s encouraged. We talk directly and openly about how past decisions, like redlining neighborhoods, created today’s safety problems and barriers to safe walking and rolling.”

She described that “all of this feeds right into the Safe Systems Approach. It’s a proven approach. It looks at the context within which people make choices and decisions, and it will be the smartest approach over the long run because we can reduce the chance that crashes occur.” Washington State’s Target Zero Plan provides a strong start to this work. As Chamberlain explains: “if you apply Safe Systems principles, especially speed management given the kinds of road we built in the past, you’ll start to change the roads to change behavior, not just tell people to behave.” 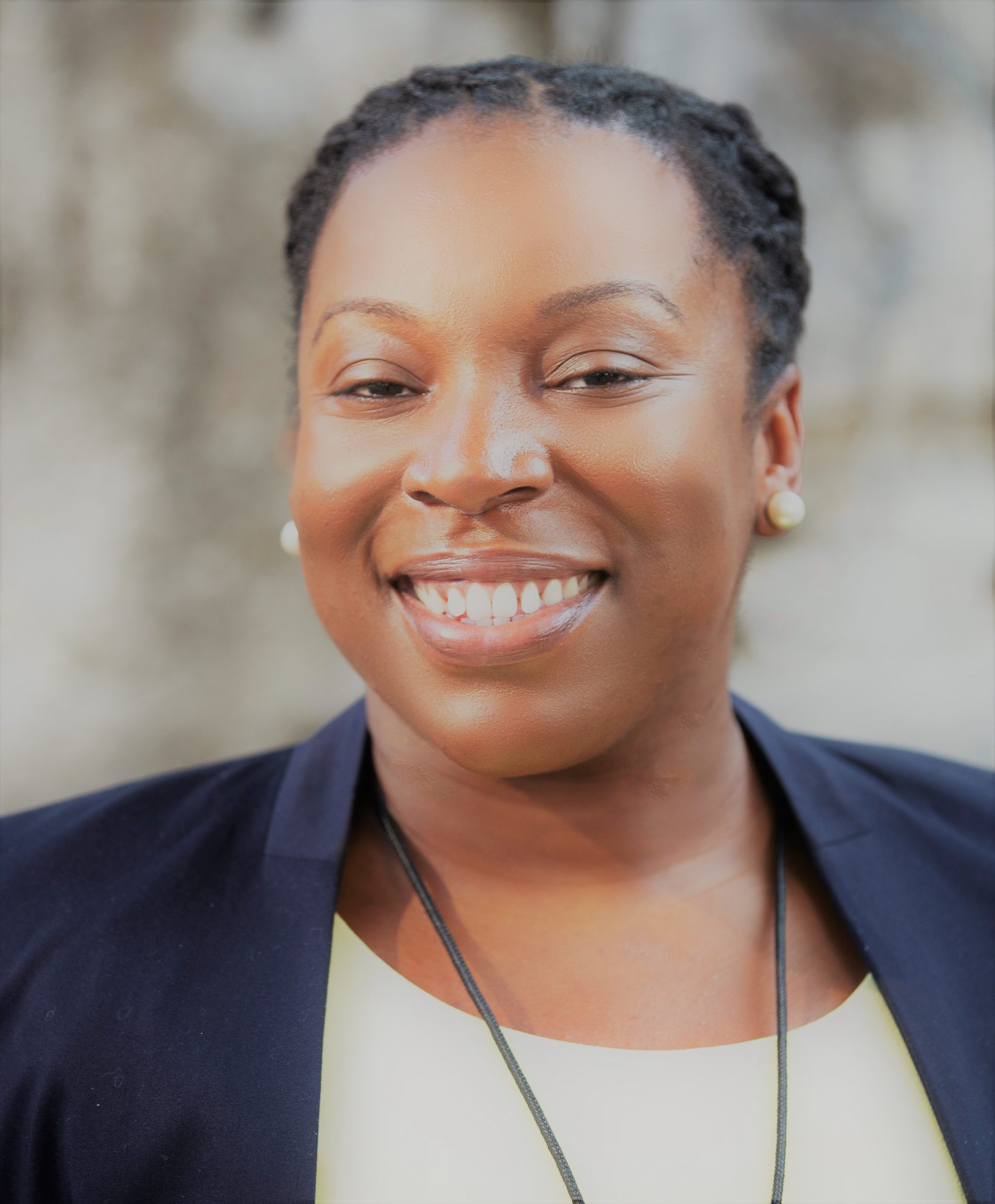 In August, Betty Smoot-Madison described Atlanta’s shift from the traditional E’s approach, which emphasized enforcement and education, to a more effective and equitable Safe Systems approach that focuses on safe street design and prioritizes safety over speed.

“We began our Vision Zero work with development of a ‘6E’ approach, but quickly learned that this was not the best way forward if we really wanted to have an impactful program. And while we believe that enforcement and education have important roles to play, we know that roadway design and engineering is going to be THE MOST critical element in reaching zero fatalities and reducing crashes overall. Also, a closer look at our crash data revealed that speeding was a major factor in more than half of the fatalities that occurred in one year, so we know that speed management needed to be one of our leading initiatives.”

To show the public that Atlanta is serious about safety, Smoot-Madison and her team led with legislation to lower speed limits to 25mph in their initial Vision Zero legislation – and it passed. Many of the streets are not under local control, so one of the most challenging next steps for Atlanta is to win state approval to lower speed limits on state-owned roads, a challenge in many states.

Smoot-Madison also described Atlanta’s interest in automated speed enforcement and her experience as an Ombudsman for Baltimore’s Automated Traffic Violation Enforcement System. She shared ways that automated enforcement can be more effective and equitable than traditional approaches; and cautions that programs need to be designed to encourage safe driving behavior rather than for revenue-generation. And camera placement is important: “We certainly have to be careful with camera placement and ensuring that disadvantaged communities are not overburdened with too many cameras… we have to be diligent in allowing the data to tell you where cameras may be needed, while also understanding the communities that may be impacted by them.” 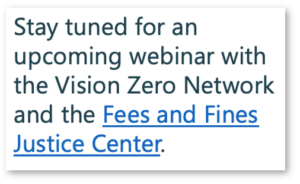 At the Vision Zero Network, we believe that speed safety camera programs must include explicit requirements and oversight to address systemic problems of racial bias and over-burdening certain communities, including disproportionately harsh traffic fines and fees. We are eager to hear from communities working on income-based fine systems. Please email us to share your experience with alternatives to police enforcement and/or income-based fines. 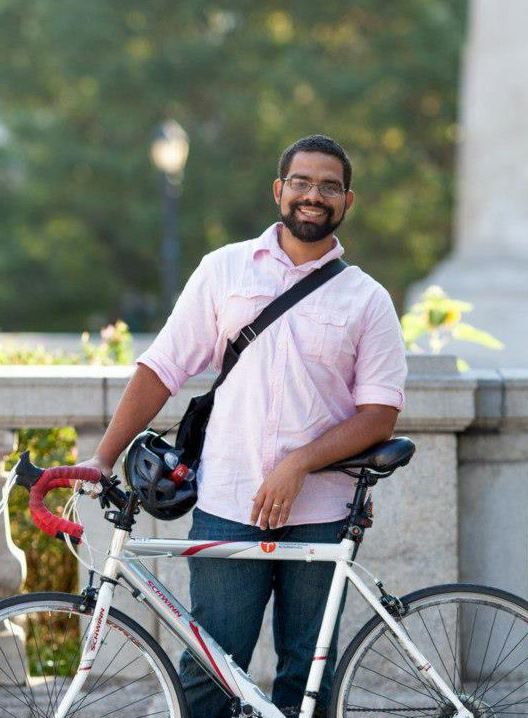 In shaping New York City’s early Vision Zero success, Juan Martinez, who was featured in the NovemberPeople Behind the Progress, credits a strong, systemic focus on managing speed for safety. In NYC’s first six years of Vision Zero work, pedestrian deaths were down 33% compared to 2013.

Campaigns to win state approval to lower speed limits from 30mph to 25mph citywide and to implement a school-area safety camera program, which has reduced speeding in the areas with cameras by more than half were critical. And despite having a relatively low fine ($50), the overwhelming majority of people who get a ticket do not get a second one – reaching the goal of behavior change.

“We have seen in cities across the country that the black drivers are pulled over at higher rates than white drivers, and that black drivers are more likely to have their cars searched than white drivers… A lot of these police departments don’t view their goal as deterring illegal and reckless driving, their objective is confiscating illegal guns, drugs, etc. And officers have biases about who is more likely to have illegal drugs or guns, which is why you see these racist outcomes.

So, what if we instead used cameras to do traffic enforcement, which they do very effectively because they can be ‘everywhere’ and because they don’t care about whether the driver is white, black, or friend of the Mayor. It would be a more equitable and effective approach, that’s for certain.”

While policy changes to lower speed limits and design speed safety camera programs – thoughtfully and with attention to equity impacts – have roles to play, the most important way to manage speed for safety is by re-designing streets for safe, slower paces. 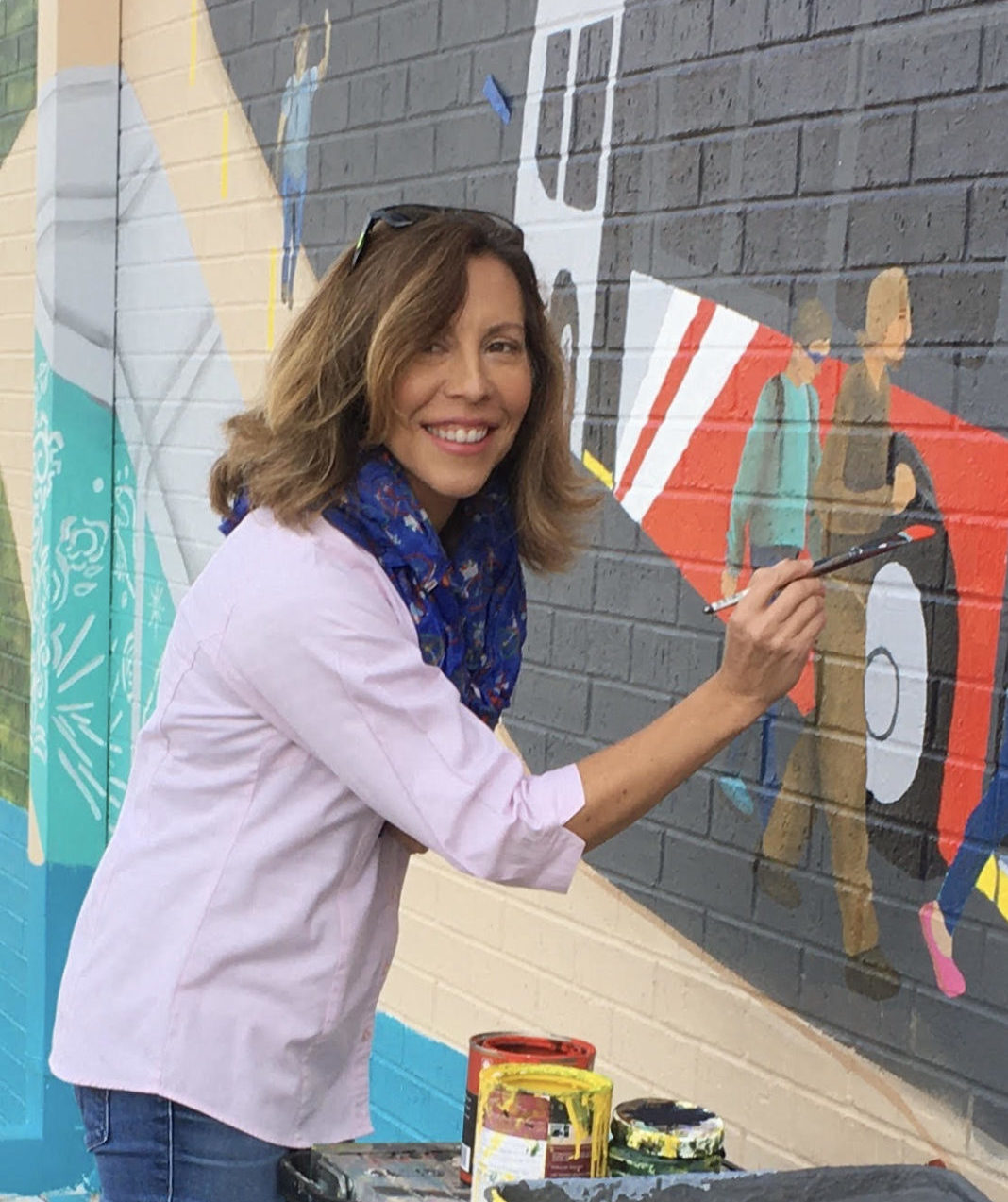 In our May People Behind the Progress spotlight, Councilmember Shirley Gonzales shared her efforts to grow safety funding to address long-time inequities across San Antonio, Texas.

“Vision Zero reaches into communities that have been underserved for years. For those of us who have been preaching Vision Zero for a long time, we’ve known that this is about equity. Our lived experience tells us that the richer neighborhoods have better infrastructure. And the data that comes from Vision Zero proves this – people in the poorest districts are at the biggest risk to be killed in traffic crashes.” 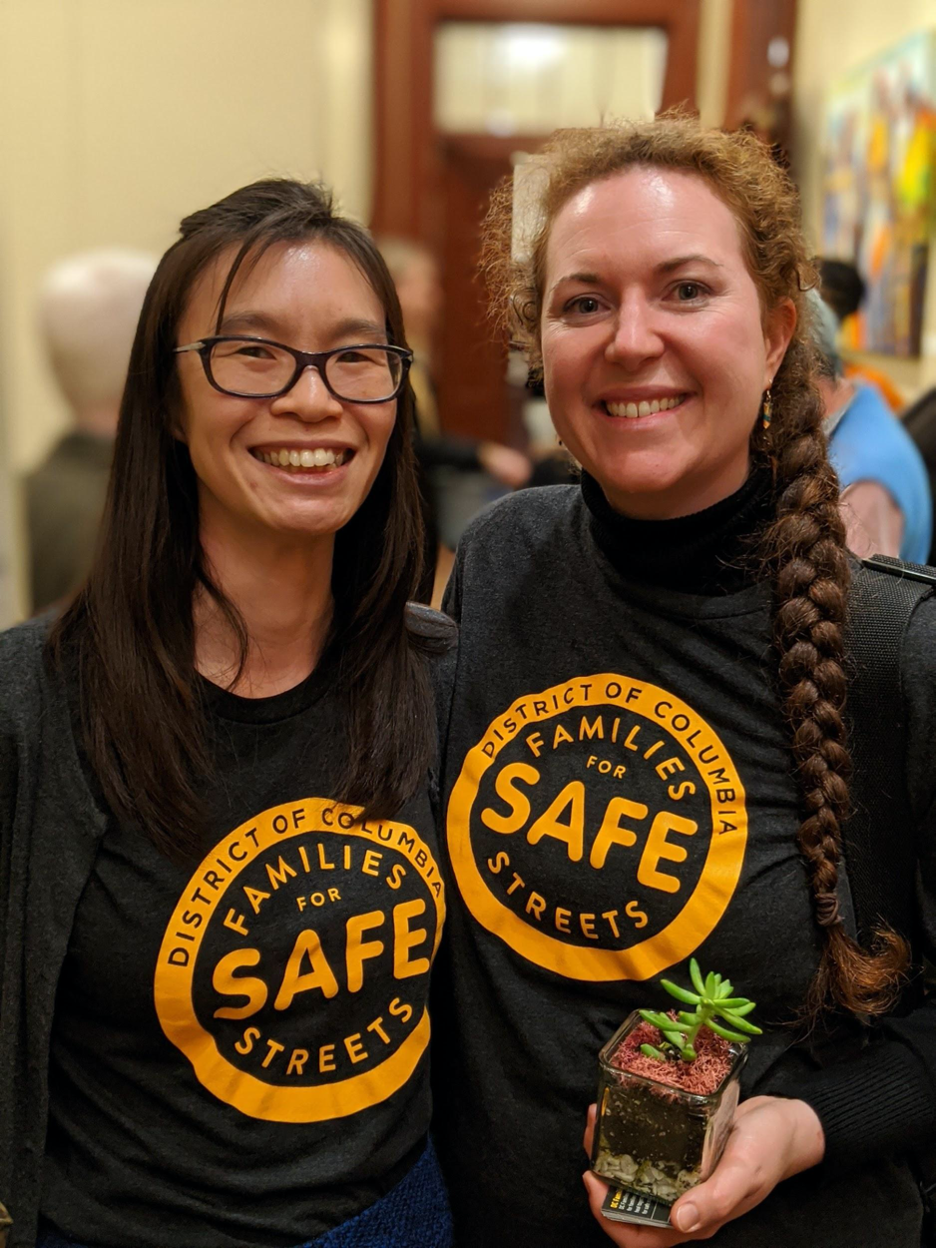 Our October People Behind the Progress highlighted work by Washington DC Families for Safe Streets to end traffic violence in a way that also recognizes the many intersections with racial justice priorities.

One example is Washington’s recently passed Vision Zero Omnibus bill, which takes steps to lessen police-led traffic safety enforcement with more safety cameras. More importantly, we need to do daily work to test our assumptions and rethink our work. Christy Kwan of Washington DC Families for Safe Streets reminds us: “I also encourage advocates to not only be open-minded, but also to actively question our own privilege so we can truly build a supportive, inclusive community.”

As 2021 begins, Vision Zero Network commits our energy to safe, healthy, equitable mobility for all. We are grateful for Vision Zero leaders and colleagues around the country working to make real change to ensure safe mobility for all, including questioning the racist systems we work within and moving beyond the status quo.

Building a Strong Vision Zero Foundation from the Start
Build In Safety With the Safe System Approach: Examples from U.S. Communities
How to Leverage New Funding for Safety: Tips to Make the Most of SS4A Grants
Webinar Recap: How States Can Do More for Roadway Safety

PREVIOUS STORYNEXT STORY
Recommendations to the Administration: Vision Zero Priorities for Safe Mobility for AllTalking with Sylvester Turner, the Mayor of Houston Texas

Accelerating Advocacy to Slow our Streets