As we cheer the introduction of the first-ever Congressional Resolution calling for the national goal of Zero Traffic Deaths, we need your help to enlist supporters and ensure that this encouraging step translates to ACTION!

As of our latest update on December 8, 2021, there are 54 official supporters of the Resolution in Congress – out of 535 members of Congress – where are the rest? Why aren’t all of your representatives on board yet?

We’re working to bring on 40 more co-sponsors by December. And we need your help. Anyone who believes in Vision Zero can take part – see details below, followed by testimonials of how easy & effective this can be. 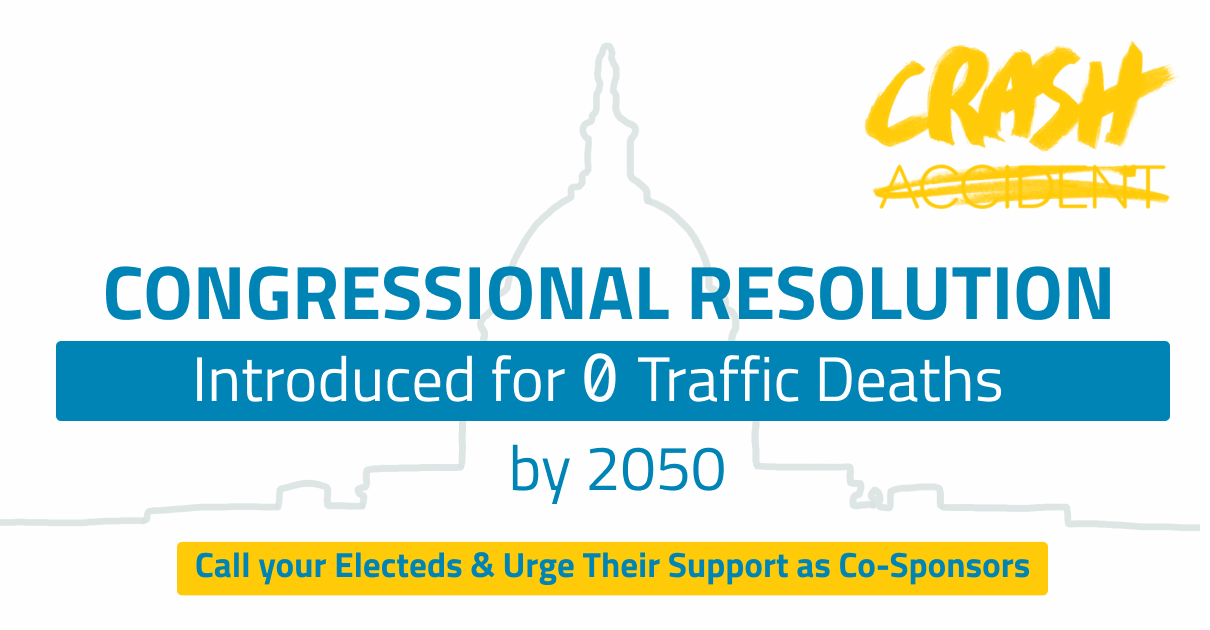 Here’s How You Can Help:

** This important action is easier than you may think & way more impactful – read some people’s experiences in recent meetings below.

Read what other volunteers have to say about their experiences meeting with Congress members in the past few months:

“Having been on a few meetings and seen the powerful response from the representatives, I can honestly say I feel that we are making a difference by having them. I was amazed how easy it was to speak through the zoom meeting and the presentation was so simple yet effective. I also really felt supported by my advocate community at Families for Safe Streets and our partners. I felt I couldn’t mess it up with such amazing support.”

“It is such an empowering experience to share my story with Representatives around the country, knowing that my voice is making a difference.“

– Triny Willerton, It Could Be Me

“Before scheduling our meeting with the congressman’s office, I had not done much lobbying before. But the experience was really straightforward. The congressional staff was easy to work with and everyone else I invited to attend was eager to join. We practiced a little bit ahead of time so the meeting was super smooth. We followed up a few days later and learned that the Congressman had decided to support the Zero Traffic Deaths Resolution!”

“I helped organize a zoom meeting with a key aide to Rep. Jared Huffman (D-CA). She was very interested and we learned a few days later that Rep. Huffman would co-sponsor the Resolution. Very exciting to know our small meeting was successful. It was also an occasion to work with a key staffer of our local bicycle coalition who joined the call and we’ll be working more together going forward. With good preparation, the whole process took only an hour or so. Time well spent!”

PREVIOUS STORYNEXT STORY
We Know How to Fix Deadly StreetsMEDIA ADVISORY
Save the Date: November 21, 2021 is World Day of Remembrance for Traffic Victims