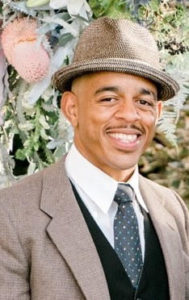 Christian Steward is a community leader in Denver, Colorado. He is also a “Community Connector” working for Denver Department of Transportation & Infrastructure. In this conversation, Christian shares more about what meaningful engagement looks like in practice and how it strengthens work toward Vision Zero. If you are reading this blog, you likely know community engagement is critical; Christian shares with us where we need to begin. (Spoiler alert – as described below – one of the most foundational steps is compensating the community for sharing their time and expertise.)

Cristian Steward: As Community Connectors, our relationships in the community come first. We spend time in the community; we are a part of the community. Our program is unique. One big factor in our success is that Denver hired people from communities that deserved support. We don’t just show up “when the city needs something.” Rather, we’re here asking questions, like “how can we help you? What do you need?”

VZN: Government agencies often struggle with community engagement, particularly in transportation projects. So many Vision Zero practitioners want to do better than the status quo. What is your advice?

CS: Many programs want to create “new projects” to involve the community. But why do that? Why not take the time to look into what the community is already doing, and tie-into this work; and support these existing efforts? Think about hiring – and compensating – the people from the neighborhood.

This is what we did in Montbello’s Silverman Park – a neighborhood park that needed safe ways to get there. Locals knew where people were speeding and where it was most dangerous. We tied into existing “tactical urbanism” and helped support events, games, and other things to activate the park. We helped to organize a Montbello bicycle skills course and supported partners to give away bikes with safety equipment. Infrastructure – like putting in a safe crosswalk and doing other engineering work to slow speeds near the park – is important. But we also need to support the community groups around the park and bolster their existing work to activate the space.

Our Community Micro-grants support the important work that is already happening in the community, and that makes the parks and surrounding streets safer for people.

Typically, transportation departments invite interested people to attend public meetings for transportation projects. That can be really hard if you don’t live near the meetings, or have multiple jobs, or aren’t used to government meetings. And, Denver has so many transportation projects running at once – if they want the Montbello community to be involved in a meaningful way they need to show people that input matters and make it easier for people to be a part. To help create a sustainable way for neighborhood members to get involved, we created one Far Northeast Advisory Team (Far NEAT).  The Far Northeast area, which includes Montbello and three nearby neighborhoods, has historic underinvestment in transportation infrastructure and less access to goods and services. So, rather than ask these community stakeholders to come to public meetings for each individual project, we are valuing community members’ time. The Far NEAT can be involved earlier and more dynamically; and the Department of Transportation & Infrastructure can engage with the community in a more comprehensive way. We are working to add value for community members and facilitate improved outcomes over standard outreach processes.

Another example is the way that we have started real-time evaluations – not just by administrators, but WITH people from the community. Engineers and planners come and ride with us in the community. When they do this, they get to know the streets; to know what a bike ride might feel like for the things that they are designing, rather than just putting lines on plans. And, it works both ways: people in the community joining the rides can also see that the engineers and planners are real people who care. Here is a blog post I wrote about our work with Pam Jiner, a community member and micro-grant recipient. Pam shares how she and Montbello Walks advocate for protected bicycle lanes and conduct walking audits in an effort to connect city agencies with Montbello’s living conditions. Supporting work by Pam and others, who are already in the community, is so important. 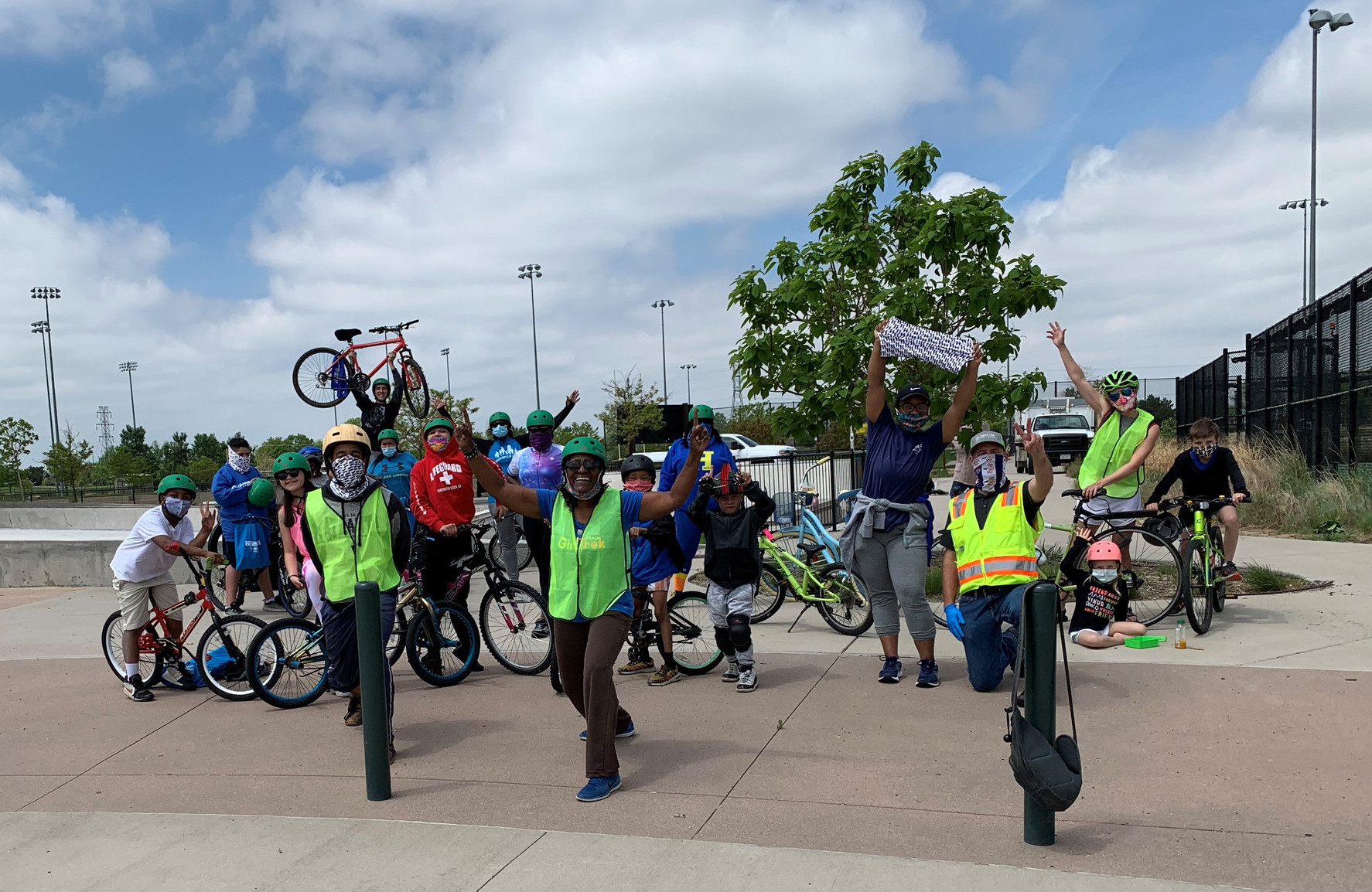 VZN: It sounds like Denver sees the central role of transportation in health equity. In this Vision Zero Network April webinar, your Denver colleague Kayla Gilbert described that transportation is both a socio-economic indicator of its own and is also how we access almost all other influences on health: from education to accessing food to going to the doctor, “transportation is how we connect.” How does this relate to the work you do with the Community Connector program?

CS: The program is a part of the Denver Community Active Living Coalition (CALC), which is a health-based program, initially housed in the Department of Public Health & Environment. Our first year was about building relationships in the community, AND about tying into community projects. When the transportation department saw how involved we were in communities that really needed safer streets, they brought our small team into the Office of Community and Business Engagement within the Department of Transportation & Infrastructure.

VZN: You eloquently described your experience as an African American living in Denver and the social injustices you see every day, including being pulled over by the police more than 40 times. What motivates your work? And how did you find the Community Connector role?

CS: My community work began with organizing the Martin Luther King Marade. The Marade is a Marching Parade to honor Dr. King, one of the largest celebrations of its kind. At the time, my sister was working for CALC and was doing programs to help the community access healthy food options. CALC organized a “Streets for People Summit” and hired me as the Master of Ceremonies for the first year. That was my first intro to CALC; and then in 2019, Phuong Tran and I were hired as the city’s first connectors.

VZN: What would you like to share with transportation staff and advocates around the nation that want to learn from Denver Community Connectors?

CS: One thing I think is really important – in the way of equity and engagement – is to compensate the community when you reach out to them for input. How can you pay consultants to give answers for a community, and not be willing to support the people who live there and whose input is most important? If we are going to engage people and ask them for time to advise on a project, compensation is critical. We need to work on this across the nation.

Our Community Micro-Grants are one step in that direction. In 2020, we created a budget for micro-grants to support community members’ ideas to improve walkability, bikeability, and access to safe public places. Denver supported 30 projects at $100-$500 each and reached more than 250 partners and 7,800 people. We did this to empower neighborhood leaders and support their great work on the ground and hope to continue this kind of support. Paying people for their time is really important.

Seattle is also working on this. Seattle’s Transportation Equity Program recognizes and describes the links between equity outcomes and community engagement. I can’t stress enough the importance of providing training and support to activate safer streets. I am proud to be a part of a city program that recognizes that we get outcomes when we pour back into the community. 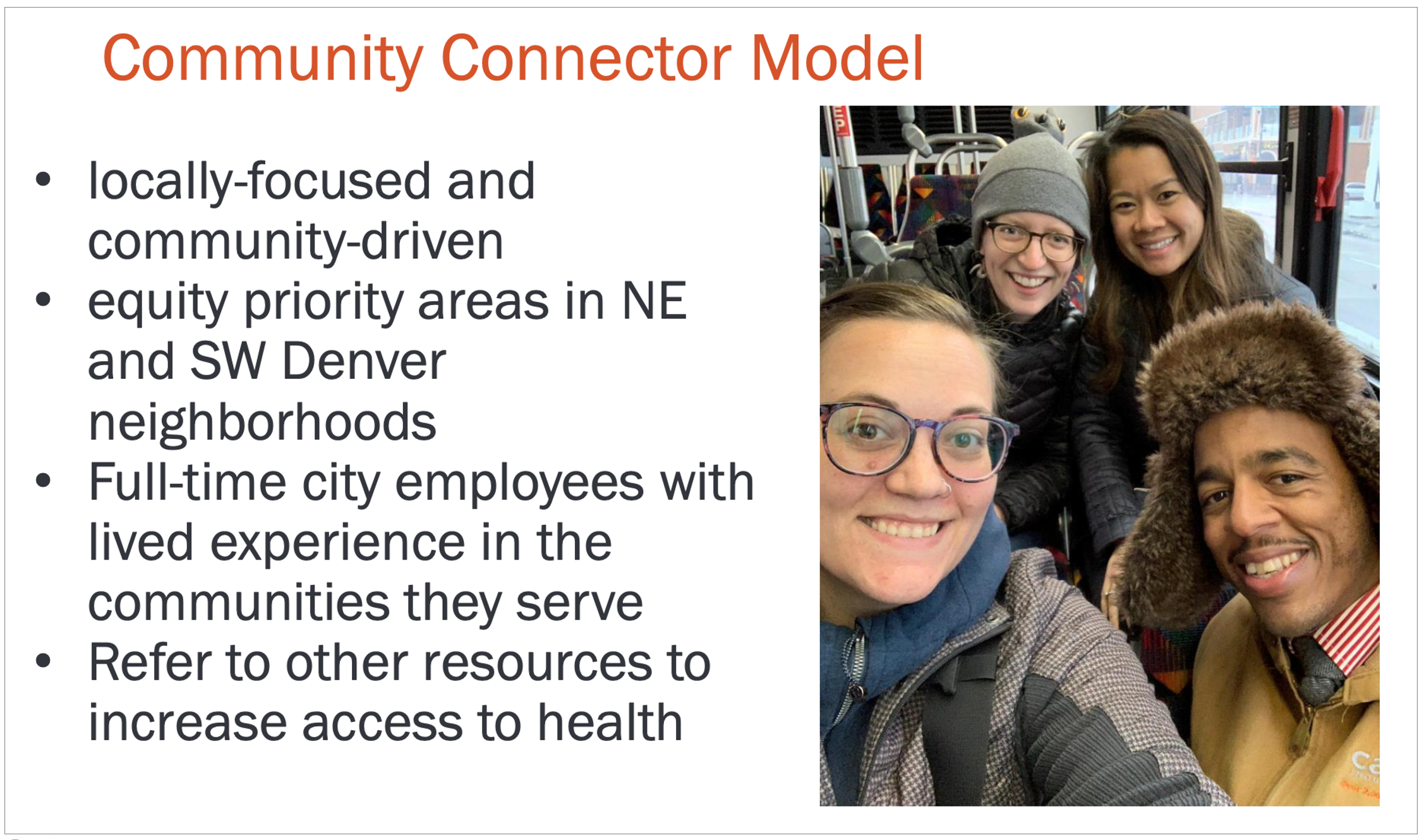 Thank you, Christian, for your work in Montbello and beyond. And thank you for sharing, by example, what real community engagement requires and delivers. Vision Zero cities working to integrate community members into the work can learn a lot from programs such as yours in Denver.  Another similar program is Promotora Educators, supported by Los Angeles Walks. We encourage people to learn more about these models and find similar ways to support community members in their own neighborhoods’ planning and decision-making and futures.