by Jenn Fox • November 1, 2021 • in News, People Behind the Progress, Zero Traffic Deaths 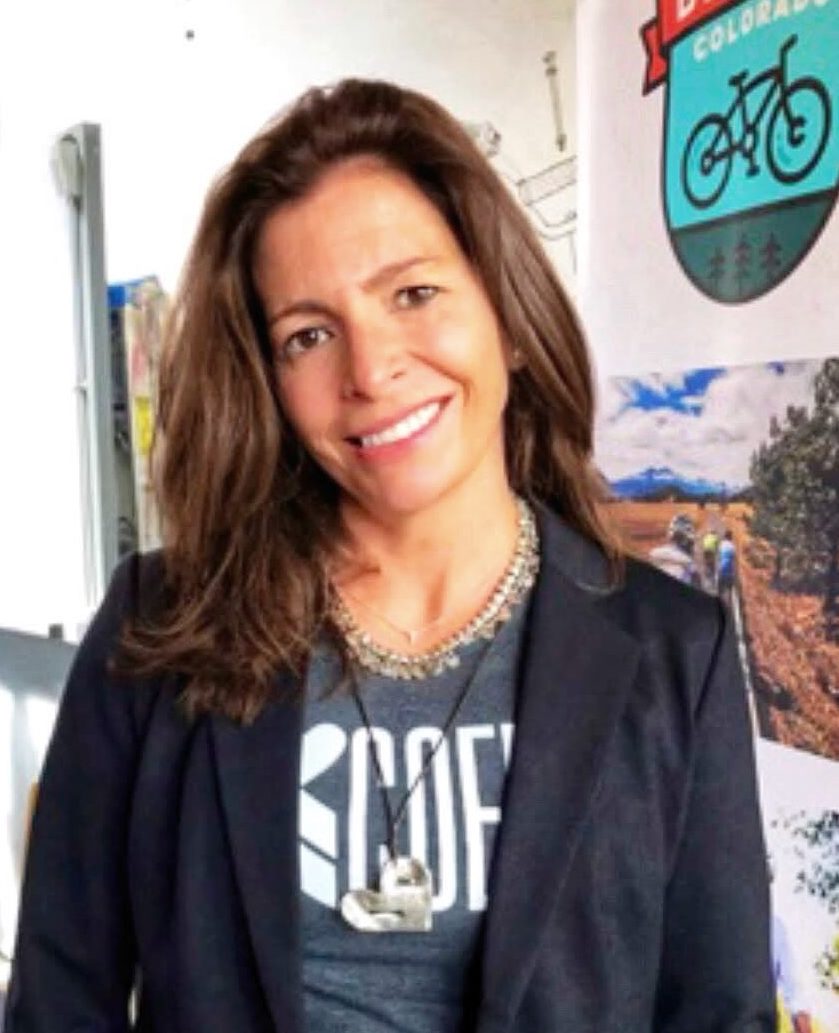 Triny Willerton is a mom of five, a wife, a musician, and a cyclist. Three years ago, she was struck from behind by a driver with a truck while biking on the streets of Boulder, Colorado, where she lives. She sustained 12 fractures and a punctured lung in the crash. Today, Triny is working to change the safety narrative between people bicycling and people driving through the non-profit that she started, It Could be Me, and she’s become a leader in advocating for change at the state and national levels, including for a first-ever Congressional Resolution for Zero Traffic Deaths.

Vision Zero Network: Can you tell us more about what you experienced when you were hit by a driver and during your recovery? Did it change the way you thought about your right to the road?

Triny Willerton: The first thought I had when I got hit had to do with my kids. I didn’t know how badly I was hurt or even if I was alive. I remained conscious the whole time and was terrified. I spent six days in the hospital and at first, I could not get out of bed unassisted. I had a fractured scapula, six fractured ribs, a triple pelvic fracture, a fracture near my coccyx, a pneumothorax, and other injuries. My whole left side seemed to be broken. I worked with my doctors and therapists to re-learn how to do every mundane task that I used to take for granted. Before the crash, I was the fittest and strongest I have ever been in my life, and I was told that is why I could recover the way I did. I spent 13 months in therapy to feel better about riding outside.  I suffered from extreme PTSD that I still experience today and I expect will be with me for the rest of my life.

A man named Charles was killed at the same intersection where I was hit. He was killed on May 8, 2017, exactly one year before my crash. I have always felt an immense sense of gratitude for this opportunity to live and have felt I owed it to Charles to fight as hard as I could to change things.

VZN: How did the experience inspire you to start It Could be Me? What has surprised you most about your advocacy work so far?

TW: I had never been an advocate before, but after the crash, I felt I had been given a second chance at life and wanted to do everything I could to ensure others didn’t have to go through what I did. I started researching why motorists were so angry with other road users.  I discovered several studies that demonstrated motorists no longer view other road users as human—especially cyclists.

While driving my little boy to school (I stopped letting him ride his bike after my crash), I saw a cyclist on the road, and the idea came to me. That person on that bike could be any of us — someone’s mom, daughter, aunt. I thought that if we could convey that to drivers, they would be more empathetic. I made a video about my crash and talked a little about myself and what had happened to me. I asked people to make videos showcasing something about themselves and asking drivers to please look out for them on the road. They also made a vow to follow all the laws and rules of the road. They would then post on their social media network. I hoped to break out of our echo chamber that way and reach family members and friends. My original video got over 24,000 views in a weekend, and I started receiving hundreds of videos.

Today, that movement has grown to a formal 501c3 nonprofit with over 300 ambassadors around the world. I had heard all of my life that my voice was compelling but never really believed it until I became an advocate. We all have the ability and the power to change things, and I love confirming that every day.

VZN: In 2019, you supported Colorado Senate Bill 19-175, which defines and supports vulnerable road users. What aspect of the Bill do you feel is most important?

TW: This Bill, which is now the law in Colorado, reflects a more reasonable consequence to careless drivers that hurt other road users. It is a well-rounded document that not only carries out the loss of a license for a year but restitution, community service, and driver education.

VZN: How did it feel when the bill was passed and what can you share with other advocates about that experience?

TW: In early 2019 I had resolved that I would do everything possible to try to change the law in our state. I had never been an advocate and honestly had no idea how or what I had to do, but I was determined to make sure others did not suffer the same as I had. For example, I could not believe that a careless driver could nearly kill someone (like in my case) and only get four points in his driving record.

Bicycle Colorado reached out to me and asked me to testify on behalf of the Senate Bill 175. Maybe it was fate. I went, and I was terrified I had never done anything like this before. I ended up testifying twice, and both times it was cathartic and healing. I went on to do everything I could to urge constituents to reach out to their reps. I posted on social media, printed flyers, and handed them out at several local races. I was blessed to be invited to a small event where the Governor was attending, and I was able to talk to him about the Bill. Finally, I was invited to the signing of the Bill into law, and it truly was a life-changing experience. I want others to know that we all have the power to create change.

VZN: How did you first learn about Vision Zero?

TW: I learned about Vision Zero early in my advocacy efforts. I had the opportunity to present #itcouldbeme at a meeting of our Boulder Chapter. Everyone that had to do with transportation in our city was there. I met people from our Department of Transportation locally and at a State level, the Sheriff’s Department, the School District and other non-profits. We wanted to partner with our local school district to support the walk and bike days, we talked about joining efforts with our local Vision Zero chapter and using our videos to raise awareness, but then COVID-19 hit.

When I read about the proposal for a national Vision Zero Resolution, I wanted to do everything within my power to help support it. I was thrilled to learn someone was working on a resolution that would create change at a Federal level.

VZN: You’ve been meeting with dozens of U.S. Senators and Representatives, urging them to support the proposed Congressional Resolution calling for national goal of Zero Traffic Deaths. Why do you think these meetings with people far off in Washington, DC matter to those of us on the ground around the country?

TW: Our short (20-30 minute) meetings with congressional representatives are so powerful. We need to let them know what is important to us so they can prioritize our needs and represent us. It is essential that they hear our stories to understand the pain and suffering that we have endured. I believe it is very easy to get lost in the numbers, the statistics.  By sharing our stories, we make this issue personal, and they can relate and empathize with us. Every representative I have met has left the meeting with a new or better perspective and has thanked us for our courage to advocate for others.

VZN: For people reading this, what do you want them to know about the benefits of taking time to call, email, or meet with their representatives? What might surprise them?

TW: The process of reaching out, scheduling a meeting, participating in the meeting, sharing our story, and then having the Congress Member sign on as a co-sponsor is genuinely empowering. I have also found it to be very healing and validating.

VZN: If you had a magic wand and could help every city staff and decision maker to do one thing tomorrow to make their streets safe for all and, especially, more inviting for people to walk and bike more often, what would that be and why?

TW: I would shift the focus from car-centric communities to people-powered mobility. I would close strategically chosen roads and make them pedestrian- and bike-only. These roads could then house restaurants, playgrounds. There would be designated and separate pathways for cars, motorcycles, bicycles, and pedestrians. By separating and allocating these spaces for our different modes of transportation, we reduce hostility, human error and genuinely create harmonious environments for all modes of transportation. There would also be traffic calming devices to naturally slow cars down. In addition, speed limits would be set at 20mph in suburban areas.

Thank you, Triny – your voice is making a difference. We hope that you, readers, will join Triny and other volunteer advocates by helping us bring on more co-sponsors for the Congressional Resolution for Zero Traffic Deaths. Find out ways to get involved here.