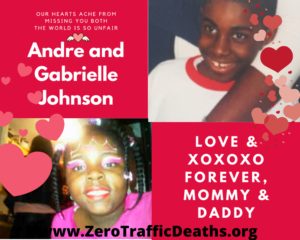 Andre, age 8, was killed in 2002 when his mother’s sport utility vehicle overturned after her car was struck by a reckless driver. Andre was catapulted out of the car and onto the pavement of a Queens, NY highway. After his death, his parents moved to Long Island, had twin girls and tried to rebuild their lives. Horrifically, in 2016, 12-year-old Gabrielle Johnson was killed in front of her twin sister as they walked to school. As per mother says in this Valentine’s Day card, “The world is so unfair. “

But these were not accidents. Like so many crashes, Andre and Gabrielle’s deaths were preventable.

Each day in the U.S., an average of 100 people are killed, simply while walking, bicycling, driving or riding transit. Outdated and under-performing transportation policies and practices have allowed for traffic crashes to be the leading cause of death for children and young adults in the U.S. These are preventable tragedies day after day. We can — and must — do better.

Calling for Change, Remembering Loved Ones

On Valentine’s Day — as many people celebrate a day of love, family and togetherness — members of Families for Safe Streets are likely to be feeling the heart-wrenching absence of a child, parent, sibling, spouse, or other loved one who is not there because their lives were cut short by traffic violence — a preventable tragedy.

This year, Families for Safe Streets members across the nation have banded together, channeling their pain into a call for action. They are sharing cards (see below) on social media, remembering their lost loved ones — and for those who were injured themselves, to their former selves. And they are urging President Biden and new Transportation Secretary Pete Buttigieg to commit to a #ZeroTrafficDeaths goal and plan.

This new national campaign — co-led by Families for Safe Streets, Vision Zero Network, Road to Zero Coalition, and Toward Zero Deaths coalition — calls for the goal of ending traffic deaths in the U.S. by 2050. As of today, more than 1,200 have signed onto the letter to President Biden, including individuals and organizations, such as the U.S. Chamber of Commerce, National League of Cities, AAA, dozens of Mayors and elected officials (see the list of supporters).

According to 2018 analysis by the Rand Corporation and detailed in the Road to Zero report, the answer is yes. The report details the strategies required to meet the zero traffic deaths goal in the U.S., including lowering speed limits, redesigning the built environment to prioritize safety over speed, and leveraging technology. As stated in the report: “While it will take a generation, the success of other countries and some U.S. cities demonstrates that a combination of approaches makes this an achievable goal.”

This Valentine’s Day, we ask you to stand in solidarity with those who have lost loved ones in preventable crashes by sharing their stories (follow the campaign on social media #ZeroTrafficDeaths) and signing onto the letter to the President calling on national leadership to implement strategies to ensure safe, equitable mobility for all.

Here are a few examples of the FSS members participating in this Valentine’s Day call to action:

Ben Sears was 9 years old when he was struck and seriously injured in Austin, Texas in 2016 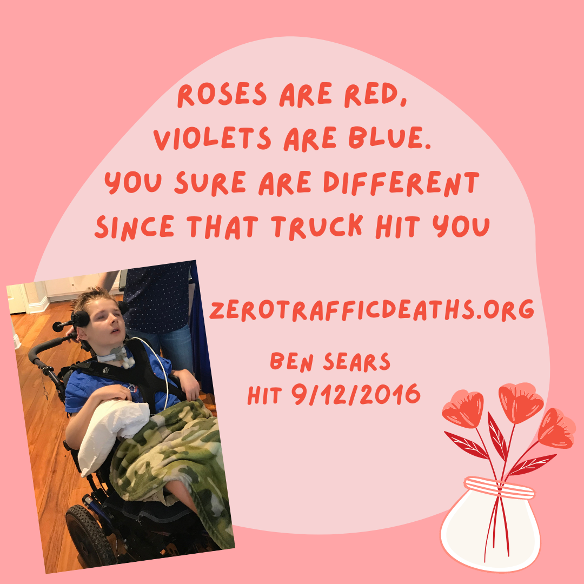 “Wicked smart, silly as all get out, very focused,” said his aunt Kathy Sokolic. “He loved putting LEGOs together, he loved reading.” Then, in the blink of an eye, that all changed.

“He can’t speak, he can’t eat. He can barely move on his own,” Sokolic said. The life-altering change is the result of a traffic crash that happened right across the street from Ben’s front door. The crash left Ben with broken bones, bruises on his heart and lungs, a brain injury and a broken neck. He is incapacitated and requires care 24/7.

Sokolic shares Ben’s story and is part of the growing campaign asking President Biden to show strong leadership at the top, as other nations have done to dramatically reduce traffic deaths and severe injuries.

Jamal Morris, 27, was cycling home from work and was eight blocks away from his apartment in Philadelphia when he was hit and killed 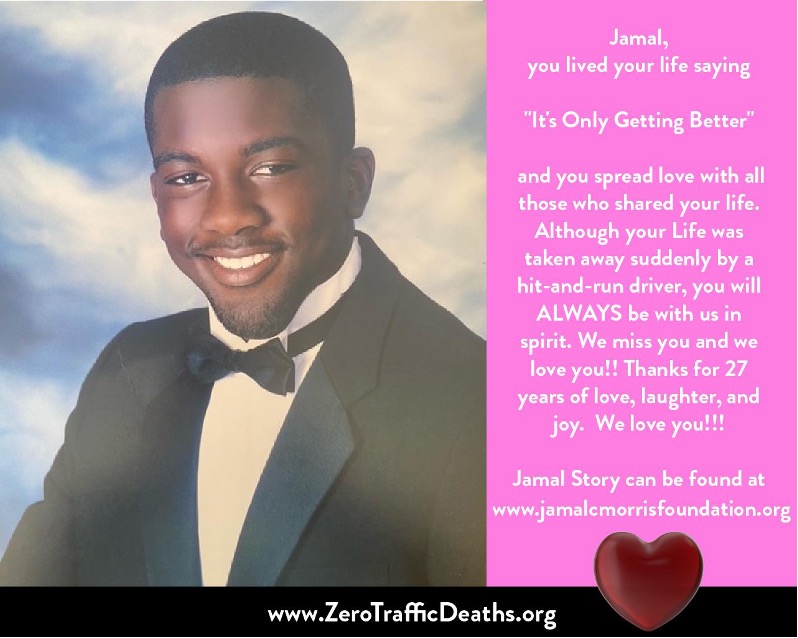 The driver fled the scene. Jamal had attended Drexel University for mechanical engineering, graduated, and decided to stay in his adopted city. He was Channabel Latham’s only child, and she is calling for action.

“My son was a fighter, and so am I. I intend to do whatever I can to fight for my son, and to fight so that what happened to him doesn’t happen to anyone else. If there are measures that can be taken to prevent such tragedy, then we are going all in to make it happen.”

Conor Lynch, 16, was training with his high school cross country team on October 19, 2010, when he was killed by a distracted, unlicensed, hit-and-run driver 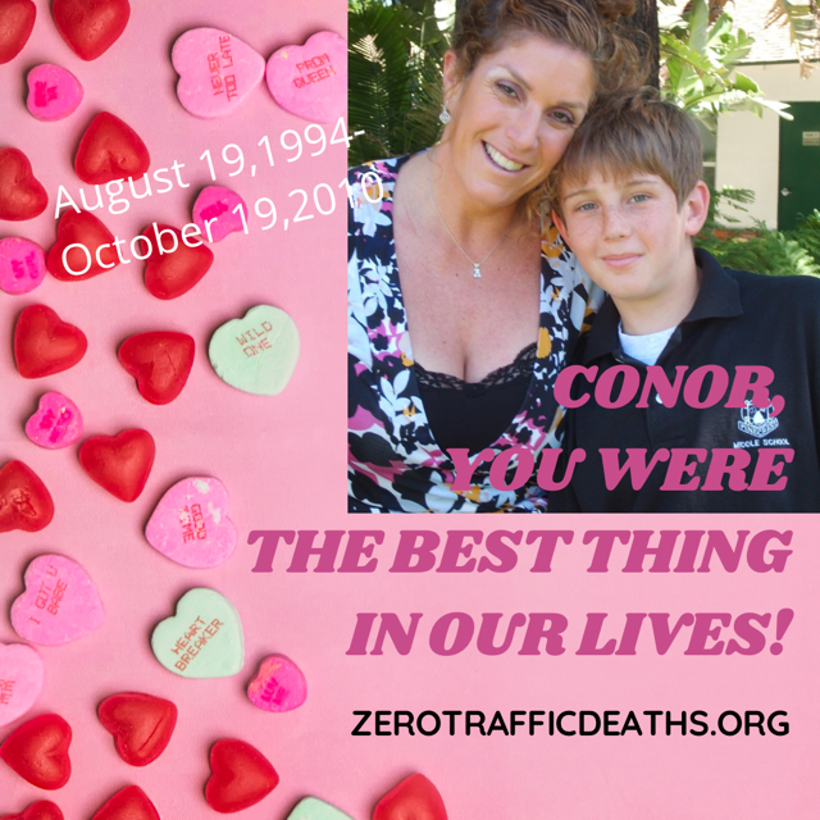 The woman who killed him was 18 years old. Ironically, this tragedy occurred during National Teen Safe Driving Week.

According to his mother, Conor was “a creative person with unique and thoughtful ideas. He was never afraid to express his opinion.”

And neither is his mother. At a moment’s notice last February, she got on a plane to Las Vegas for the first-ever presidential candidate forum focused on infrastructure issues. Together with another bereaved parent from a traffic crash, she stood up, raised a banner that said #EndTrafficViolence along with large photos of Conor and said, “Our children were killed. You need to pay attention.” She is still demanding that our leaders pay attention with her Valentine’s Day card.