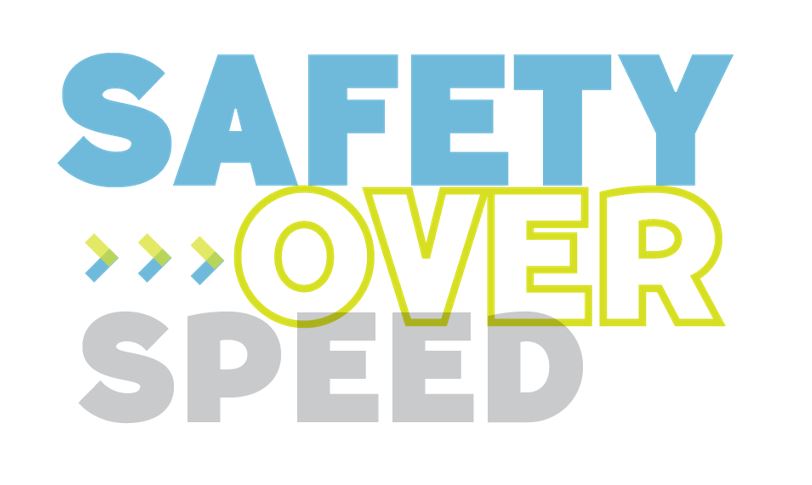 While there are many ways to make streets safer, managing speed must be at the top of the list for communities truly committed to Vision Zero — safety for all road users. Unsafe speeds cause an estimated 10,000 deaths a year in the U.S., an impact that extends well beyond those killed to the tens of thousands more family members, friends, colleagues and others affected by the preventable tragedies of road fatalities.

Frustratingly, managing speed has not received anywhere near the attention nor resources the issue deserves, despite the fact that speed-related incidents historically account for about one-third of traffic fatalities in this country. Still, urgency and action from leaders across the country have been lackluster at best and, in some instances, downright shameful, with some federal and state efforts in direct conflict with proven safety strategies.

The reality is that we know a lot about what works to slow speeds to safe levels, which results in fewer crashes and less severe crashes and injuries. Still, political leaders are failing to step up to do their jobs on this front. Unlike the shift in societal norms and resulting political action focused on curbing drunk driving, speeding “remains a publicly-accepted driving behavior that is reinforced among motorists, policymakers and transportation stakeholders,” according to an impressive new report, Speeding Away from Zero: Rethinking a Forgotten Traffic Safety Challenge, released by the Governors Highway Safety Association in January 2019. (Join our webinar on February 20, 2019 to learn more.)

“The only thing more shocking than the oversized role speeding plays in crashes, fatalities, and injuries is the fact that little has changed over time with regards to the footprint of speed in traffic safety, public and policymaker opinion, or even the menu of countermeasures being deployed.” – Speeding Away from Zero: Rethinking a Forgotten Traffic Safety Challenge

At the Vision Zero Network, we couldn’t agree more with the report’s recommendations focused on the systemic changes needed to prioritize safety over speed. For too long, we’ve focused most of our energy on influencing individuals to not speed, yet, the reality is that many roadways’ designs and the speeds set and the policies in place actually prioritize speed above safety and encourage unsafe behavior. For instance, we’ve seen an astonishing number of states raise speed limits on their roadways in recent years, despite clear evidence that this relates to more crashes and severe injuries. And too many states ban automated speed enforcement (or make it almost impossible to implement), even though the safety benefits of this technology have been proven.

Fortunately, we’re also seeing communities say enough to this outdated — and deadly — approach of disregarding high speeds. A growing number of cities, including New York City and Chicago, lowered their speed limits with positive safety results. Not only did Portland, Oregon lower its speed limit, it also reconfigured its overall approach to managing speed, becoming a new model for other Vision Zero communities. Charlotte, North Carolina recently voted to reduce their speed limits, while Boston, which lowered the speed limit in 2017 from 30 mph to 25 mph, is considering a further reduction to 20 mph. These cities needed to move past notable state-level barriers to advance their Vision Zero safety goals.

So, what needs to happen next? We need to acknowledge that we are not going to change this tragic situation by throwing more money at billboard and ad campaigns admonishing people to “Slow Down.” We need to call on our elected leaders and system designers to do the right thing and prioritize safety over speed in meaningful ways, including the following urgent needs, pulled from the new GHSA report:

Bolster National Leadership on Speed Management
The Feds have historically shown a lack of attention and support to this issue. This can and must change. Feds should:

States Need to Step Up, Or Out of the Way, on Safety
Too often, states are light years behind the local communities in understanding and acting on what works to improve safety. Even worse, the states sometimes actively stand in the way of locals’ efforts. States should:

All of this (and more) is needed to give local communities the capacity to effectively manage speed for safety. Some good news: new opportunities abound for communities seeking support for speed management strategies, including the following new resources, guidance and trainings:

Find out more about the Vision Zero Network’s take on the importance of managing speed for safety, including a host of resources, here.