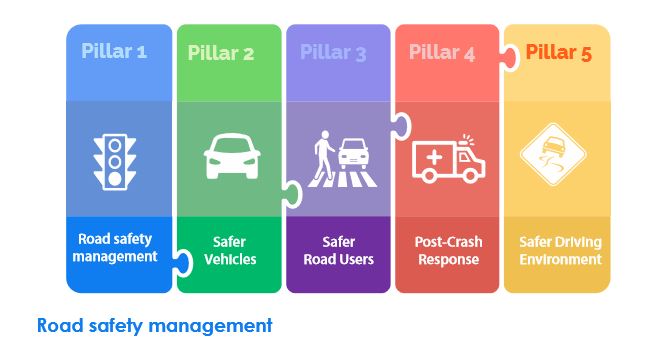 When discussing Vision Zero, we often note the grim statistic of 40,000 annual traffic fatalities in the US. But, on a global scale, a startling 1.35 million people die in traffic crashes each year, according to the World Health Organization. The United Nations (U.N.) is stepping up its attention to this worldwide crisis, including road safety targets in its Sustainable Development Goals, released in 2015. And a recently launched U.N. effort called the Road Safety Strategy puts an extra safety emphasis on a subgroup of fatalities: U.N. personnel. The Vision Zero Network was in New York City for the discussion and launch of the new program at the United Nations.

According to a report by the Secretary-General of the United Nations, road crashes are a leading cause of death and serious injury to United Nations personnel all over the world. It’s an urgent crisis, with over 600 fatalities and injuries of U.N. personnel related to road crashes between 2013 and 2017. The Road Safety Strategy, based on the Safe Systems approach, aims to reduce U.N. personnel traffic fatalities and serious injuries by 50 percent by 2020. The Strategy aims to tackle road safety holistically by focusing on five pillars: Road Safety Management, Safer Road and Mobility, Safer Vehicles, Safer Road Users and Post-Crash Response. [For more on Safe Systems, watch our webinar: Safe Systems – What Does it Mean for Vision Zero?] Much like a Vision Zero action plan, the pillars are supported by data collection, education and outreach, dedicated resources, strong governance and accountability. 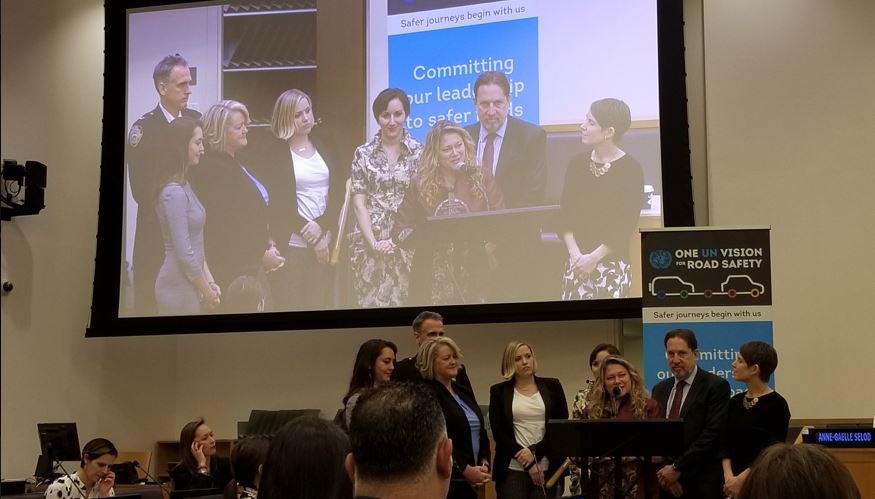 During the launch, New York City’s Mayor de Blasio and the city’s Vision Zero Task Force received the Vision Zero
for Youth Leadership award from the National Center for Safe Routes to School, recognizing its strategies and efforts to prioritize children’s safety, and safety for all road users, through its Vision Zero focus. Traffic fatalities in NYC are
at their lowest since 1910 with five consecutive years of declining fatalities since Vision Zero was implemented in 2014. Additionally, NYC’s installation of speed cameras in 140 school zones resulted in a 63% decline in speeding and a 17% decline in injuries despite the cameras only being in operation during restricted hours. Congrats to our Vision Zero partners in New York City!