Three years after its initial launch in San Francisco and the growth of U.S. Vision Zero communities from 3 to more than 30, the nonprofit Vision Zero Network is thrilled to announce that it is stepping up its advocacy reach with the addition of Veronica Vanterpool as Deputy Director, based in New York. 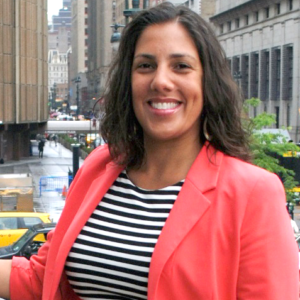 Veronica is the former executive director of the Tri-State Transportation Campaign, a New York based nonprofit advocacy organization, where she spent 10 years advocating for better transit, improved pedestrian and bicycle infrastructure and balanced transportation spending. She also serves as a board member of the nation’s largest transit agency, the Metropolitan Transportation Authority, representing the administration of New York City Mayor Bill de Blasio. Mayor de Blasio was the first U.S. mayor to commit to and launch Vision Zero citywide.

“The Vision Zero Network is lucky to have Veronica Vanterpool join its ranks,” said New York City Mayor Bill de Blasio. “Veronica is a leading voice on transportation issues in our City, helping shape the debate on achieving a more reliable transit system and eliminating pedestrian deaths and serious injuries from traffic-related incidents. We’re proud of what we’ve been able to accomplish in New York City on Vision Zero, which has been supported by strong advocates like Veronica who will now bring her expertise to the national level.”

In her role as Deputy Director, Veronica will work on key areas of strategy, policy and advocacy, including Network priorities such as advancing speed management and equity within Vision Zero efforts.

“I’m eager to join the Vision Zero Network to prioritize safe, healthy and equitable mobility on a national scale for all people,” noted Veronica Vanterpool, incoming Deputy Director of the Vision Zero Network. “Our streets should be safe for all to travel, but too often we see systems set up for high speeds and incomplete streets putting lives at risk every day. The Vision Zero Network is committed to sharing solutions and supporting local efforts to save lives in communities across the U.S. I’m proud to be part of this fast-growing movement to eliminate these preventable fatalities and injuries.”

“Every day 100 people in this country die in preventable ways while simply walking, biking or driving. We have the knowledge and tools to change that,” said Leah Shahum, Founder & Director of the Vision Zero Network. “Our national movement towards safe mobility for all will be stronger with the addition of Veronica’s leadership and expertise. She joins us at a time of increasing momentum and demand for Vision Zero in communities of all types and sizes. We’re excited for Veronica to build upon the Network’s early success and moving us toward a new level of commitment and action to what is a basic right of safety on our streets, sidewalks and bikeways.”

Veronica helped advance Vision Zero in New York City, along with the adoption and implementation of Complete Streets policies throughout New York, New Jersey and Connecticut, including the passage of New York State’s Complete Streets Act in 2011. She has partnered with civic, community, legislative and agency stakeholders to ensure transportation decisions prioritize social, environmental and economic benefits.

“As America’s first Vision Zero city, New York City is thrilled that our own Veronica Vanterpool is stepping into this new role at the Vision Zero Network,” said New York City Transportation Commissioner Polly Trottenberg. “Veronica has long been a leader in the fight for safe, progressive and equitable transportation policy. After all, even with our city’s four straight years of fatality reductions, we still have a lot more work to do and more to learn to get to Vision Zero. With Veronica’s guidance, we expect that the Network, by growing the number of Vision Zero cities and its invaluable resource of best practices and success stories, will help get us there.”

“New York City is the vanguard of Vision Zero leadership thanks in part to Veronica’s tenacious advocacy in the five boroughs and beyond,” says Paul Steely White, executive director, Transportation Alternatives. “Since Transportation Alternatives first introduced Vision Zero to New York City, she has been a partner working to eliminate traffic injuries and fatalities on NYC streets. We look forward to working with Veronica and the Vision Zero Network to define and defend true Vision Zero policies and practice.”

In addition to advocating for measures that reduce traffic fatalities and severe injuries, Veronica is a strong advocate for affordable, equitable and reliable transit systems. She has helped build support for billions of dollars in new funding for transit, advocated for affordable fares and been a leading proponent for the ongoing maintenance and sustainable expansion of transit.

“We are excited to draw upon Veronica’s vast political, policy and legislative expertise as we work to advance Vision Zero across the nation,” said Shahum. 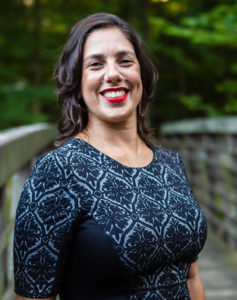 To learn more about Veronica’s experience and ideas as she moves into the role of Vision Zero Network Deputy Director, read our interview below.

More about Veronica & Her Approach to Vision Zero: Q & A

Q: What are you most excited about as you take on this new role with the Vision Zero Network?

VV: Learning from and sharing innovative approaches toward the goal of zero fatalities with a variety of stakeholders in all types of communities across the country.

Q: What experiences do you think prepare you most for this effort?

VV: Participating in state legislative and budget processes and understanding agency capital programs and budgets has given me valuable insight into how transportation decisions are made.

Also, working with broad coalitions of community residents, advocates, legislators, commissioners and elected officials on various issue campaigns has taught me how to effectively communicate with different audiences.

Lastly, advocacy is about persistence and optimism, both of which are needed to make change.

Q: How have you seen the Vision Zero movement change in the past 3-4 years since NYC became the first VZ city in the U.S. and the Network was launched to support efforts across now-more-than 30 cities?

VV: Since 2014, Vision Zero has moved from an abstract concept to a practical approach with more than 30 cities taking action to eliminate traffic fatalities. The Network has been an important repository of resources and facilitator for idea exchange, making it easier for communities to learn about Vision Zero and to find both applicable and aspirational examples that they can then implement.

Q: What do you think is critical for supporters of Vision Zero to do to be successful?

VV: Understanding the impact of traffic speed. High speeds — too often encouraged through engineering and policies that prioritize speed over safety — are a key contributor to the tragically high number of traffic fatalities and injuries in this country.