Fremont, California Shows Us Why

Fremont, California, an early-adopter to Vision Zero in the U.S., has a lot in common with other Vision Zero cities, but it’s not the population. It’s a medium-sized, Silicon Valley city – population of 230,000 – with a relatively small budget.

Yet, leadership in this city has re-evaluated projects and programs through a Vision Zero lens and demonstrated success in a short period of time.  Our Q&A below details key projects that have driven success. To learn more, check out a video where Fremont’s public works director speaks in person. 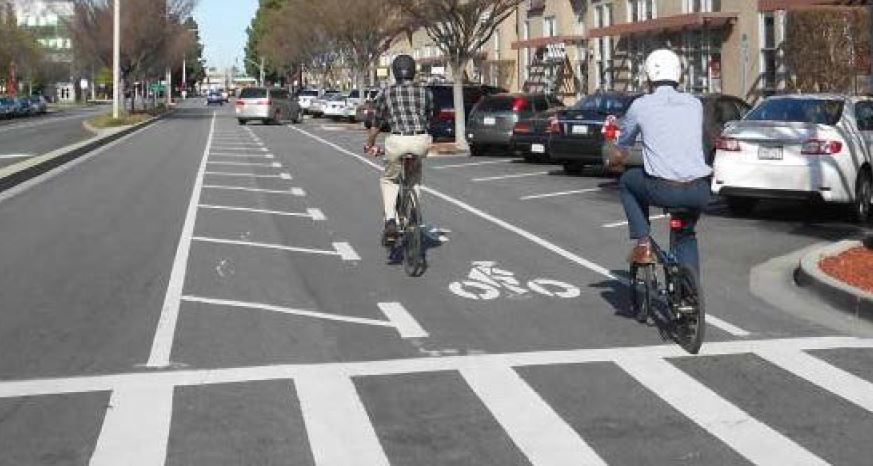 Fremont demonstrates that integrating core Vision Zero principles into a city’s work can be done  without enormous costs by prioritizing safety in decisionmaking and resource allocation. Fremont’s Public Works Department has taken the lead on Vision Zero projects, and praises collaboration with other departments as a major winning factor.

Since the start of the Vision Zero program in 2016, fatal and severe injuries in Fremont have dropped 25%.

VZN Q: How did Vision Zero start in Fremont?

A: Our Vice Mayor heard a presentation in 2015 from the Vision Zero Network and was impressed with the topic. That summer, she initiated having the City Council adopt Vision Zero as a policy and subsequently, City staff prepared the Fremont Vision Zero 2020 Action Plan, approved in March 2016. It was important to have the commitment from City Council to move forward.

Q: As Public Works staff, how have you integrated Vision Zero into your work?

A: Vision Zero prompted us to take a deeper dive into the data, to identify causes and locations of crashes, and to re-prioritize funding for safety projects. Data showed that two-thirds of all major crashes and 90% of fatalities happen on just 10% of Fremont streets. These streets were labeled Safety Priority Streets. The City has 500 miles of streets and 50 miles of Safety Priority Streets.

On education, the City of Fremont has been able to integrate information on Vision Zero into regular communications, via citywide newsletters and public information booths at a variety of community events and festivals. The City has also partnered with the Fremont Unified School District to complete safety site assessments (identifying safe operations and infrastructure enhancements) at all 40 public schools.

Q: What is the added value Vision Zero brings to the Public Works Department? Fremont?

A: Vision Zero renewed and strengthened a conversation about safety within the Public Works Department and the City. We asked: what resources do we have, and how can we align these to best meet the Vision Zero goal? When the Vision Zero Action Plan was approved, the City Council also approved budget amendments to drop some existing capital projects, in exchange for a new set of projects that could deliver higher value safety benefits. (more on these below)

A: Three significant projects Fremont implemented in its first two years of Vision Zero include (a) better lighting, (b) pedestrian countdown signals, and (c) lower speed limits on major streets.

a. Better lighting: Fremont converted its entire streetlight system (16,000 lights) to brighter, white LEDs for improved nighttime visibility. This action dramatically decreased the number of major crashes occurring at night from 47% to 29% (evaluated one year after completion). Momentum to replace lights was already underway, and Vision Zero data analysis showed many crashes happening at night. The City incurred a bond to complete the entire project at once. It was a win-win project as the City anticipates energy savings will pay for the project cost within 10 years.

b. Pedestrian countdown signals: Existing City practice was to include countdowns with new signal   replacement, not as retrofit projects. Vision Zero data analysis showed pedestrians – particularly seniors – were being hit in signalized intersections likely because they lacked information about available pedestrian crossing time. Part of the re-prioritization of Capital Improvement Projects that occurred with adoption of the Vision Zero Action Plan was to increase the number of countdown signals from 23% to 100% of the City’s 220 traffic signals. The project has since been completed.

c. Lower speed limits on major streets: A significant conclusion from the crash data analysis was the correlation of severe injuries and fatalities with high speed roadways. In 2015, all fatal traffic crashes occurred on major streets with posted speed limits of 40 miles per hour or greater, and 50% of the fatalities occurred on segments of Fremont Boulevard alone. As a low-cost way to redesign streets for lower speeds and greater safety, Fremont is using its pavement maintenance program to restripe streets with narrower lanes (10 feet), include buffered bike lanes, and paint high visibility or continental style crosswalks. Subsequent traffic speed surveys have shown a reduction in the operating speed of the street and has allowed a lower posted speed limit from 45 to 40 mph and from 40 to 35 mph on 11 major street corridors.

Q: What are 3 of the top mid-range Vision Zero goals in Fremont?

A: One of the top priorities of the Action Plan is to continue our work to tame high speed arterial streets.  Our goal is to have a speed limit no higher than 35 mph on the City’s major streets, and particularly on Safety Priority Streets.  With the help of our annual pavement maintenance program we expect to have all our major arterial streets redesigned for lower speeds within 5 years.

Last year, the City updated its pedestrian master plan and is in the process of updating its bicycle master plan; both were done through lens of Vision Zero. The City is planning for an interconnected network of trails, protected bikeways, and protected intersections, and the pedestrian master plan identifies some 40 intersections for improvements. We expect it will take a decade to build out our planned system of complete streets that are safe and convenient for all modes, ages and abilities.

A third goal is to accelerate the transition to safer vehicles. Fremont’s Vision Zero 2020 program has a focus on “safer people, safer streets, and safer vehicles”. It has been estimated that over 90% of major crashes could be prevented if vehicles have modern crash avoidance technologies like pedestrian detection and automatic emergency braking.  We are actively providing education about safer vehicle technologies and are working to co-promote Vision Zero with the auto dealerships in Fremont, including with Tesla Motors who has their factory in Fremont.

Q: What are lessons learned that you would pass on to other mid-sized cities considering Vision Zero?

A: We’ve learned that we can make significant safety improvements in the community with existing staff, existing resources, adopting Vision Zero as a policy approach, and making it a priority within the organization. This can be done by including strategic partnerships with other city departments including police, communications, and our local schools. Rooted in this is a deep understanding of what the safety issues are in the community: where are the problem areas, and what are appropriate countermeasures. Since the start of the Vision Zero program, fatal and severe injuries in Fremont have dropped 25%.

Q: What else would you like to say about Vision Zero?

A: In closing, we’d like to reinforce the fact that we are facing a traffic safety crisis in this country. The number of people dying on our streets has been increasing in recent years. There are concerning factors that are creating these deaths, and this is going to continue.

All of these trends are continuing to increase and are likely to create pressures on safety, making it worse. It is imperative that more communities take the Vision Zero approach to counteract these trends. Having 40,000 people die on our nation’s streets in a year is unacceptable and we should do everything we can to bring those numbers down.

We in Fremont appreciate being part of the national Vision Zero movement. Our community feels good about living in a city that is proactive on important issues, like traffic safety. For staff, it is professionally rewarding to make an important difference to the lives of people and the safety of our community. It is great to have the leadership of the City Manager and City Council to say Vision Zero is a top priority for us and to let us be creative with our resources and partnerships. We think we have developed a high benefit, low cost approach to traffic safety. But our goal is not to be number one … the goal is to get to zero.

Want to learn more? Sign up for our webinar and discussion with Hans Larsen, Wednesday, September 20.