The Vision Zero Network was pleased to host a webinar on September 15, 2020, exploring how federal legislation could shape up to boost Vision Zero efforts.

While local Vision Zero work may seem distant from legislative action in Washington D.C., we feel cautiously optimistic about some promising transportation developments unfolding at the federal level. We were fortunate to hear from Jane Terry, V.P. of Government Affairs with the National Safety Council, about how legislation has been shaping up, how this intersects with Vision Zero’s safety priorities, what’s next, and how we can help.

While Terry spoke to the reality that these bills are unlikely to pass during the current 116th Congress, she was encouraged that the steps taken so far — including unprecedented embrace of Vision Zero and its Safe Systems approach — set an important foundation for the next congressional session. Especially with a very consequential election approaching in November, this is an important time to recognize the impact of local actions across the nation. From small advocacy groups to city and state governments stepping up their transportation safety commitments, the actions we take on the ground are getting noticed on the national stage.

Pointing to examples of encouraging actions at the Federal level, Terry discussed authorization and appropriations bills that have been passed by the House of Representatives. The Moving Forward Act, or H.R.2, re-authorizes the Federal Transportation Bill known as America’s Surface Transportation (FAST) Act, which was passed in 2015 and signed by President Obama. An authorization act is a law that continues or establishes one or more Federal agencies or programs. While authorization acts often provide permanent funding levels, they also establish terms and conditions under which agencies operate and specify how funds are to be used. This re-authorization act intends to authorize funds for the Federal-aid highways, highways safety programs, transit programs, motor carriers, research, hazardous materials, and rail programs of the Department of Transportation (DOT). For the first time in U.S. history, terms such as Vision Zero, Safe Systems, and vulnerable road-users are defined in federal statute. Terry notes that “these are huge changes…to think that one bill could make so many changes is a big swing in how we look at transportation and [move] transportation safety in the right direction.”

In addition to recognizing and proposing specific measures to advance the Safe Systems approach — which underpins a strong Vision Zero effort — the bill addresses climate change, particularly identifying strategies to reduce impacts of transportation systems on climate change. The bill also assesses vulnerabilities among stakeholders and connects opportunities to strengthen the resilience of transportation systems and ensure that federal resources are allocated more efficiently and equitably.

It is increasingly understood that unsafe street design is commonly a result of historic underinvestment in communities of color and low-income areas, as well as stemming from racist policies and practices. While this study is only one step forward, and far from addresses the deeply entrenched racism in policies and systems within transportation, it is a step for the federal government to recognize this. Much more action and leadership are needed and should be a major focus of advocacy and education of our national leaders in any bills that are passed.

Terry also discussed the Department of Transportation, and Housing and Urban Development (THUD), and Related Agencies Appropriations Bill of fiscal year 2021. Appropriations bills provide the funding for federal agencies to operate their programs. Within the federal spending process, there are two steps: authorization followed by appropriation. 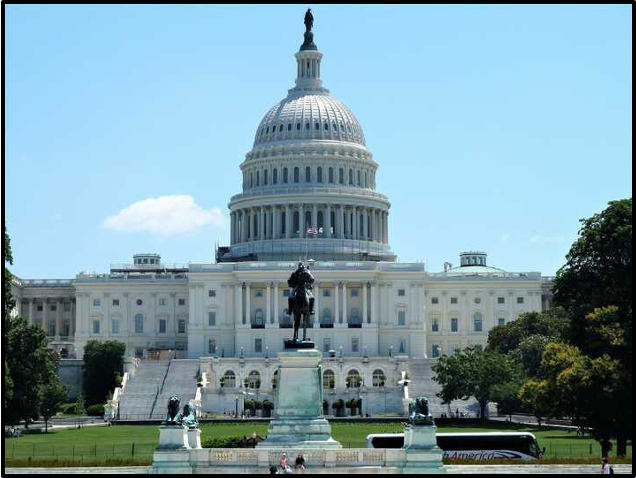 Congress did some notable things in this bill as well. It includes report language to the Federal Highway Administration (FHWA) calling out Safe Systems and “Vision Zero plans to connect engineering, education, and enforcement with the goals of ending transportation deaths and serious injuries.” Safe Systems is described as a system of design that works efficiently and that saves lives. This is a transformative shift from traditional to progressive language that is advancing the movement of Safe Systems / Vision Zero.

Congress directs the FHWA to collaborate with state and local stakeholders to facilitate the implementation of their Vision Zero plans and strategies. The Committee recommends the U.S. Department of Transportation develop and support data-driven actions that reach the goal of traffic fatalities. You heard that right — Zero!

Aware of the troubling increases in fatalities amongst people walking and biking, the bill promotes Complete Streets by encouraging “the adoption of a complete streets design model in which roads and streets are designed and maintained to enable safe access for all users.” The bill also recognizes the important role of Safe Routes to School efforts. With a record high number of pedestrian fatalities over the last 10 years, reaching more than 6,000 annually, or roughly one-sixth of all traffic deaths in the United States, this bill puts greater emphasis on pedestrian safety.

Current federal funding has been extended through December 11th of this year, and Congress will have another opportunity in December to enact the House passed THUD bill. With regard to the FAST Act reauthorization, the House will have to reintroduce another bill in the next Congress. But have hope because the promising language in H.R. 2 bodes well for its inclusion in the next bill.

Your support for these provisions with your member of Congress is very helpful to ensure they are included. Find Your Representative and share your support for prioritizing safety, Vision Zero, speed management, Complete Streets and Safe Routes to School in their transportation focus.

All Politics is Local: Your Vision Zero Work Makes a Difference

Sharing information and ideas from local safety work can spark passion and action among public officials, Terry explains, which in turn can lead to significant influences on federal legislation. In fact, she says the work of Vision Zero leaders and advocates around the country is reaching people in D.C. and making an impact.

“These are huge steps forward,” Terry said. “In this Congress, we have seen monumental steps forward given the work that you have all done and not keeping it to yourself.” She says it is essential for cities and organizations to speak out and support issues that they are passionate about. The phrase, “all politics is local” is true!

We all have a role to play in communicating, educating, and persuading — recognizing that those in power cannot magically know about everything happening on the ground. Rather than assuming others are aware of a particular issue, such as Vision Zero priorities, we should make sure that the impacts of policy changes are seen and understood. We should look for gaps of knowledge or misunderstanding, then work to fill those gaps and address confusion. For instance, why should we call them “crashes” not “accidents”? This is a chance to educate and show them why Vision Zero is different from past approaches. As we engage and educate candidates and current decision makers, we can make real progress in advancing the goal of safe mobility for all.

Previous StoryTalking with Christy Kwan and Faith Cole Hall, founding members of the Washington DC chapter of Families for Safe Streets
Next StoryWebinar Recap: How MPOs Can Lead on Vision Zero & Equitable Mobility