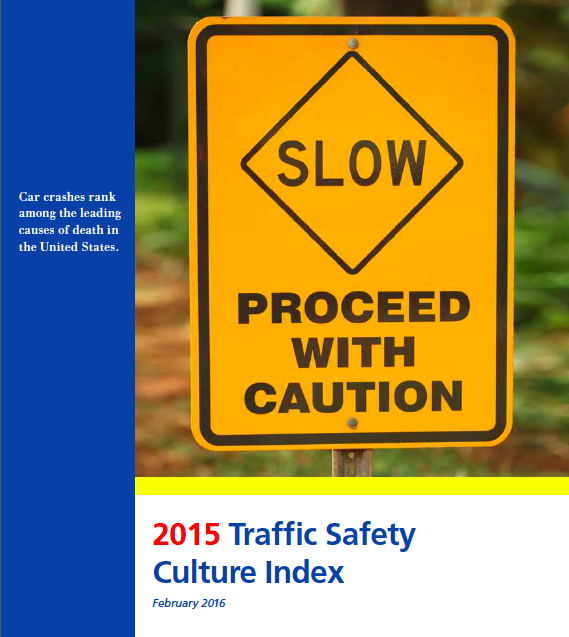 The headline was deeply disturbing — though not surprising: 87 Percent of Drivers Engage in Unsafe Behaviors Behind the Wheel.

That was AAA’s top take-away from a 2015 poll of drivers conducted by its Foundation for Traffic Safety, released late last month. Unfortunately, the results showed a continuing trend: Motorists readily identify behaviors like speeding or distracted driving as unsafe but still do it themselves.

Paired with news from the National Highway Traffic Safety Administration that motor vehicle deaths are up 9% in 2015, the poll adds urgency to the growing Vision Zero movement. But it also reveals American drivers’ support for many of the strategies that cities are using to eliminate fatalities and serious injuries — and puts the spotlight on an important Vision Zero partner: the nation’s largest organization representing motorists.

Thomas Calcagni, Director of Public & Government Affairs for AAA Mid-Atlantic, recalls the very different climate just 10 years ago and the perception that road casualties were inevitable.

“In the early to mid-2000s we got up to 43,000 or 44,000 deaths [per year] and, what alarmed me about that, personally, was the fact that we [as a society] seemed to be accepting of that number,” he says. “It almost became, ‘Well, I guess a good number of people are going to die and that’s just the reality of life.’ I just never understood how we could accept numbers like that and not see it as some kind of emergency. So I’m delighted that the Vision Zero movement is really pushing our country in that direction.”

According to Calcagni, getting behind Vision Zero isn’t a stretch for AAA.

“Throughout its history, AAA has advocated for safer roads,” he says. “I think the goal of Vision Zero to reduce injuries and deaths to zero is remarkably admirable and in keeping, philosophically, with where AAA would like to see this issue go.”

And there are hints in the new AAA poll that the motoring public may be willing to embrace many of the tenets of Vision Zero, as well. For instance:

Nearly 4 in 5 drivers support their state adopting a vision to reduce the number of people killed in crashes to zero.

More than 50% of drivers support using cameras to automatically ticket motorists who drive more than 10 mph over the speed limit in school zones and run red lights in urban areas.

Nearly 9 in 10 drivers (88%) support having a law against reading, typing, or sending a text message or e-mail while driving.

2 in 5 drivers (41%) report having been involved in a serious crash, having had a friend or relative seriously injured or killed in a crash, or both.

There are still significant challenges to shift the culture of “Do as I say, not as I do” among American drivers. While AAA was a top sponsor of the Vision Zero conference in Philadelphia last year and testified in support of Vision Zero in Washington, D.C. last year, Calcagni shared strong reservations about some aspects of the D.C. effort. Most notably, the focus on vulnerable road users which, to AAA and a 2015 poll of local D.C. drivers, doesn’t adequately share the responsibility of road safety.

“It’s not an integrated approach to solving the problem, if you’re focusing on one sector,” Calcagni says. “One of the questions in our poll was ‘Do you agree or disagree that enforcement of traffic laws should apply equally to all who use the road,’ and 82% said they agreed. Yet everything that’s come forward, at least in terms of the most visible components, has been aimed at motorists.”

Of course, many Vision Zero advocates agree that curbing dangerous driving behaviors is a top priority in advancing road safety — and point to a long history of under-enforcing the laws that ensure other road users are safe. The D.C. Vision Zero Plan of Action notes that D.C. residents identified speeding and distracted drivers as the #1 and #2 top concern, and highlights the fact that people who walk and bike made up more than half of all fatalities between 2010 to 2014.

Calcagni also spoke to AAA’s opposition to DC’s plan to significantly raise fines for traffic infractions like $1,000 for driving more than 25 mph over the speed limit (up from $300) and $500 for striking a bicyclist (up from $50). “We were disappointed when the District Department of Transportation came out with a really unwarranted and punitive traffic fine scheme that increased some fines up to 300% and doubled others,” he says.

And he emphasized the need to have organizations that represent drivers in the room when discussing Vision Zero efforts. “We need to make sure the views of motorists are considered in all the Vision Zero components, because bicyclists, pedestrians and motorists have to share the roads — it’s just a fact of life.”

Still, AAA sees plenty of promise in the Vision Zero framework, Calcagni emphasized, including the strong emphasis on education and focus on early and sustained community engagement.

So despite some concerns about the specific steps in D.C., when asked if AAA will stay engaged in the effort, Calcagni didn’t skip a beat.

The Vision Zero Network has reached out to the national AAA office in hopes of collaborating where possible for the shared goals of safety for all road users. We encourage local Vision Zero leaders to do the same with their locally based (or regionally based) AAA offices.