This is part four in a five-part series sharing perspectives from various participants in the 3rd Global Road Safety Conference in February 2020, which set the goal of halving traffic deaths globally in the next 10 years. You can read the full series and our webinar on the same topic here. 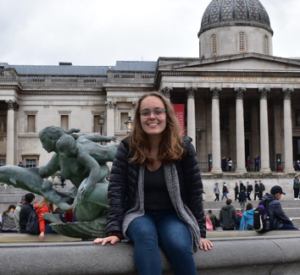 Alison is a Sophomore at Worcester Polytechnic Institute studying Civil Engineering with a concentration in Environmental Engineering. She has been involved in traffic safety advocacy since 2013, after having lost three classmates to reckless drivers in separate crashes, within the span of 15fifteen months. In 2014, she founded the now-international Vision Zero Youth Council, which is a student-run organization that engages youth in advocating for safer streets through partnerships with local schools, elected officials, and other organizations.

On February 18th, 2020, I was one of over 200 youth delegates from 75 different countries were united in Stockholm, Sweden at the 2nd World Youth Assembly for the sole purpose of achieving Vision Zero. 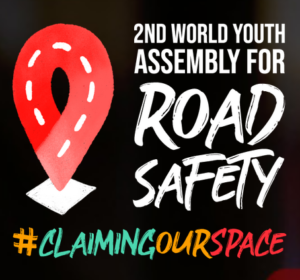 Youth are often underestimated in what we can accomplish to positively impact our society. Yet here we were, having done work in our respective countries to prove this preconceived notion wrong. Throughout the day, experiences were shared about how our communities have been impacted by traffic violence and how each was responding. As ideas were flying, it was evident that each youth delegate was getting increasingly more excited, picking up ideas to bring back home with them. We knew that in this undivided environment, we were becoming an even more notable force, set on the goal of creating safer roads.

At the end of the day, we adopted the Global Youth Statement for Road Safety, outlining the reality youth face across the world on a daily basis, and our demands – but most importantly, we outlined our action points; what we, as youth, were committed to doing to ensure change.

Unfortunately, I did not feel the same level of enthusiasm for change at the 3rd Ministerial Conference on Road Safety. The Ministerial Conference discussed the issue and its background, but very little was shared about particular solutions. The conference culminated in the Stockholm Declaration, which called on governments and non-governmental organizations to commit to a new decade of action, with the goal of reducing traffic deaths by at least 50% over the next decade. But, how can we call on governments to reach these goals if we don’t focus on specific actions?

I commend these representatives for taking the initiative to create this Declaration, and I have enormous appreciation for nations that have adopted it, but this is now the second decade of action for road safety. The first one, from 2011 to 2020, saw very little improvements. It was also during this period, in a span of fifteen months, that I lost three of my friends to reckless drivers. 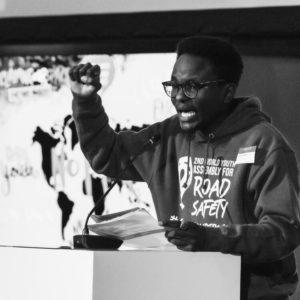 It was disappointing to see that, in a room filled with 1500 high-level officials and experts from multiple policy, health, and engineering fields, the discussions rarely went past the ‘who’, ‘what’, and ‘why’. The ‘how’ was almost completely ignored. Are we really surprised that states and governments have trouble addressing the issue of traffic violence if ideas on how to do so aren’t being broadcasted and exchanged?

What the Ministerial Conference was missing, and what worldwide road safety efforts are missing, is the tenacity, energy, and fighting spirit that youth have so clearly demonstrated. Dare I say, my peers are currently doing more to combat traffic violence than our governments.

Especially considering that the United States was the only country not to ratify the Stockholm Declaration, it is time that the Vision Zero movement in the U.S. take a page out of the book written by youth activists.

Actions speak louder than words, and in this case, actions save lives.

If the lack of action upsets you as much as it upsets me, and you are interested in getting involved, please do not hesitate to reach out to me or any of the other contributors and organizations. Youth (up to 25 years old) are more than welcome to get involved with the Vision Zero Youth Council as well! And if there isn’t a chapter near you, we can work together to get one started and push to achieve the change we desperately need.

This is part four in a five-part series sharing perspectives from various participants in the 3rd Global Road Safety Conference in February 2020, which set the goal of halving traffic deaths globally in the next 10 years. Read the full series here.

Previous StoryPart 5: A Local Advocate’s Reflections: Leading with the Human Experience
Next StoryPart 3: What the U.S. Vision Zero Movement Can Learn from European Public-Private Success